Some people are gracious in a win. But after years of Stormy being a royal pain in his ass, Trump is clearly enjoying the schadenfreude of this ruling.

But Stormy’s lawsuit against Trump continued to wind its way through the system. And now, there’s been a ruling.

Friday’s ruling, which Trump bragged about in a statement issued on Monday night, likely puts to bed a yearslong legal feud between Daniels and the ex-president related to her claim that they had sex one time in 2006.

…In its decision Friday, the U.S. Circuit Court of Appeals for the Ninth Circuit said it had no jurisdiction over Daniels’ appeal of the attorneys’ fees issue because she failed to file a notice of appeal within a 30-day deadline of a federal judge granting the fees to Trump.

The appeals court also said that the same judge had properly included another $1,000 in sanctions against Daniels in the same judgment that awarded Trump attorneys fees. — NBC

“Now all I have to do is wait for all of the money she owes me,” Mr. Trump crowed Monday.

Mr. Trump’s statement also repeated his denial of the affair, adding that “nor would I ever have wanted to.”

The former president called the case “a purely political stunt that never should have been started, or allowed to happen.” —Washington Times

Trump made the announcement through his spokesperson Liz Harrington.

attorney fees, costs, and sanctions (not including appeal costs). As I have stated many times throughout the years, I never had an affair with Stormy Daniels, nor would I ever have wanted to. The ruling was a total and complete victory and vindication for, and of me. The… 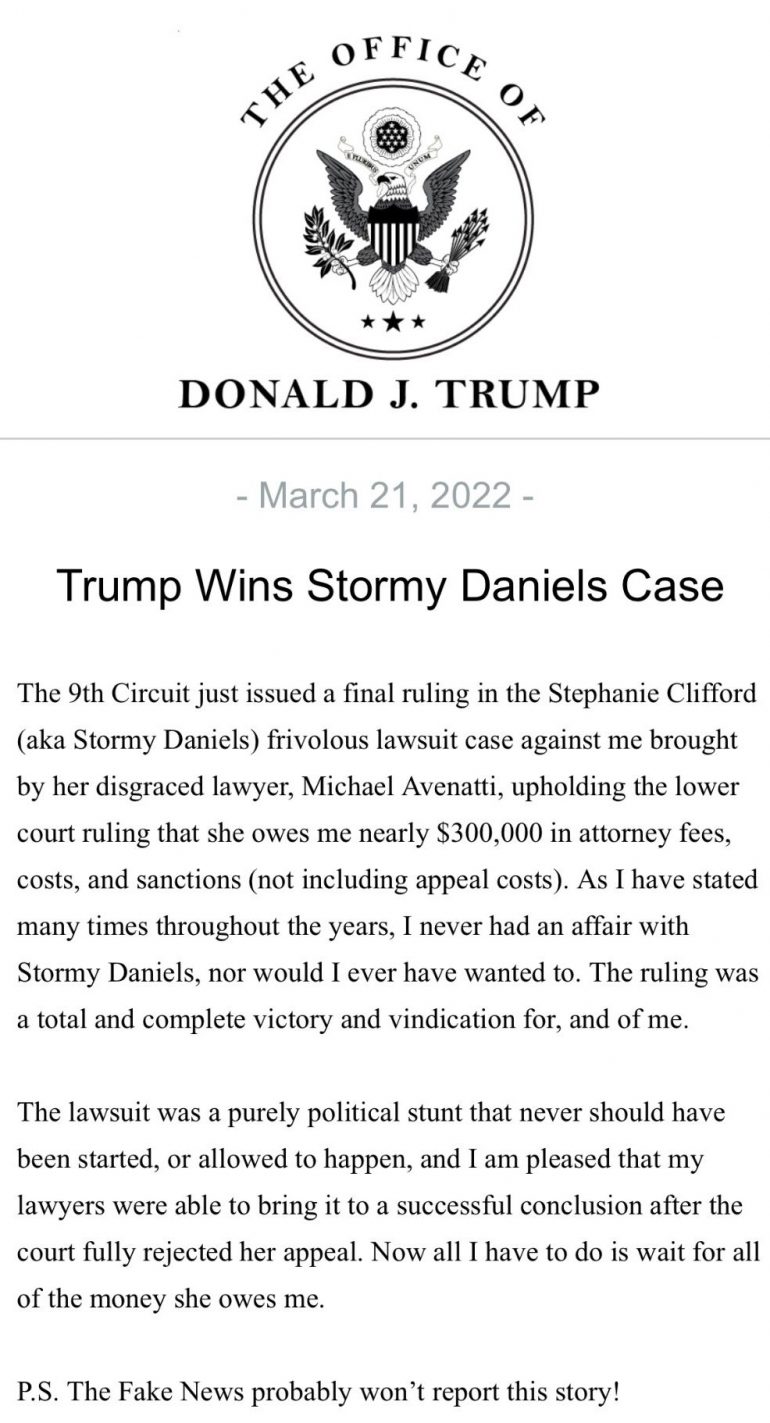 What did Stephanie Clifford have to say about that? 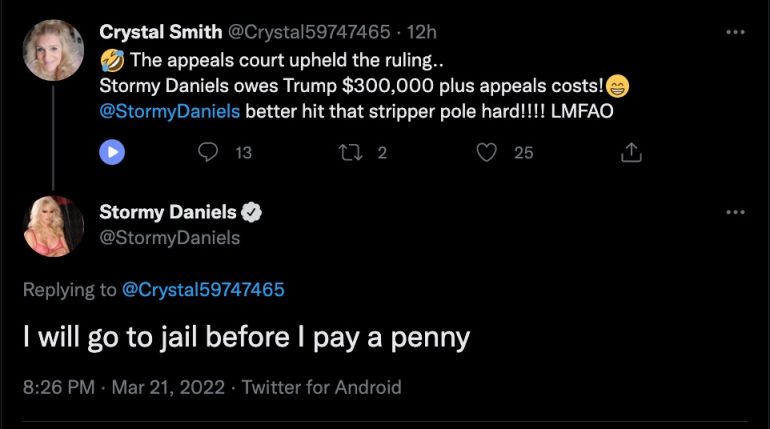 She picks a legal fight, loses that fight, and then gets angry about the outcome? Typical liberal.

If the online bios are accurate in saying her daughter was born in 2010 or 2011, that must mean she has a greater conviction about the importance of going to jail rather than obeying a court order in a case she herself initiated than she does about being present as a mom to raise her pre-teen daughter.