You know that scene at the end of Wizard of Oz where Toto pulls back the curtain and reveals that everyone is being scammed? That’s pretty much what Zuby does in this clip.

We’ve been following Zuby for a long time. He’s our kind of guy.

We first heard about him when he threw a wrench in the gender-identity-in-sports conversation by ‘identifying’ as a woman just long enough to set some women’s weightlifting records in the UK, where he is from.

As soon as he was finished, he went back to ‘identifying’ as a guy. His point had been made.

WATCH: Bro SHATTERS Women’s Deadlift Record By Identifying As A Women During The Lift

He’s also been a massive contrarian during the pandemic panic, kicking government overreach in the face whenever the opportunity presented itself.

For example, in 2021, he found this interesting story from 2019 — predating the pandemic — in which the government was looking for ways to push a vaccine passport. This 2019 Document Lays Out EU Plans For Vaccine Passports — Shouldn’t We Ask WHY?

Weird, eh? So naturally, this Oxford-educated, accomplished, rapper, and Christian with strong libertarian tendencies tears the racial grifter groups’ identity categories of ‘oppressed and oppressor’ to shreds simply by getting out of bed in the morning. (Oh, and did we mention he was born in Nigeria, raised in Saudi Arabia, and lives in the UK?)

When Zuby, who just came back from his latest of several visits to the US, was invited on a British TV panel to talk specifically about BLM, he pulled no punches.

This is brilliant. @ZubyMusic dropping truth bombs about BLM ??? pic.twitter.com/k66aD1mr3Z

ZUBY: I think it’s very clear from this conversation and all the conversations every time BLM comes up is that it is divisive. It’s divisive. This is stoking racial tension. Not just in the UK, I mean it’s crazy that it’s being imported to the UK, but in the USA it’s exactly the same. You had cities on fire in 2020. There was so much tension. Multiple people got killed, over 20 people got killed in the BLM protests and riots in 2020. So they started from one black man getting killed and now you’ve got another few dozen getting killed.

OTHER PANELIST: But Zuby, some of these organizations to you, ‘but Zuby, you are oppressed, and we’re here to help you’

ZUBY: I’m not oppressed. They’re not there to help me and they’re not helping me. They’re not helping black people in general. They’re helping themselves. The way you stop racism is by people not being racist. It’s not by calling everyone racist. It’s not by making false and unkind accusations against everyone. It’s not about virtue signalling and putting up hashtags and black squares and kneeling down, it’s about simply treating people as equals. That’s all it takes.

PANELIST: And do you buy into in this day and age, because there is a suggestion that in the here and now in this day and age that many aspects of society, whether it’s institutions, or whatever are fundamentally racist. Do you think that is the case in today’s society?

ZUBY: (Laughs) I don’t think it’s the case, and I don’t think it’s useful. These terms ‘systemic’, ‘structural’, ‘institutional’ racism, they’re popular because they’re these apparitions, they’re these ghosts where you never need to define anything or be precise. You just say ‘Oh, the system’s racist’, ‘the institution’s racist’, you can just throw it out there and people just nod and cheer, but you can’t fix a problem like that. If you wanna deal with individual instances of racism, you need to be able to identify them, highlight them, and then you can deal with that individual issue. If you just say ‘the whole thing’ the whole thing: the whole system, the whole country, top to down is racist, then that doesn’t help anyone apart from the activists. 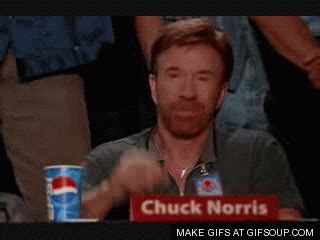