She is a talented polemicist who spouts meaningless talking points even more effortlessly than Biden, Pelosi, or Schumer.

It’s the veneer of earnestness she slaps on those lies that make them so effective for anyone willing to be duped by them.

But before we go into what she recently said about guns, let’s recall what her own Chief of Staff said about her pride and joy, the Green New Deal.

Chakrabarti let the cat out of the bag in a recent extensive profile in The Post magazine. According to the report, Chakrabarti told an aide for Washington Gov. Jay Inslee (D), a presidential candidate, that his boss’s Green New Deal “wasn’t originally a climate thing at all.” “Do you guys think of it as a climate thing?” Chakrabarti says, “Because we really think of it as a how-do-you-change-the-entire-economy thing.” You can’t get much more revolutionary than that. —ClashDaily

So, we already know she’s willing to leverage the emotion of a panic in order to push a completely unrelated agenda item.

Is that same dynamic playing out with school shootings? Is that just a convenient opportunity to strip Americans of their guns? Here’s her rhetoric:

“There’s no discussion about gun violence in Chicago without talking about Indiana.” pic.twitter.com/5F29heupHN

She wants us to blame 2A freedoms of Red States for the violence in Blue Cities.

It’s Georgia’s fault that New Yorkers are killing each other in broad daylight? It’s Indiana’s fault that Chicagoans are doing the same? Seriously, Sandy, we’re supposed to take your line of argument seriously?

The difference isn’t gun ownership — we’ve got plenty of places with high gun ownership and low crime. Go ahead and try to find a study showing a correlation between a number of guns owned and criminality.

The difference between the places she mentions goes deeper than gun ownership. It’s a question of whose hands those guns are in.

For decades, kids were learning gun safety and shooting skills in school. Grabbing your rifle after school for practice or hunting was no more remarkable than grabbing your rod and reel to land a couple of fish. No big deal.

The difference between those blue cities and the red states that she is so desperate to scapegoat is obvious. The vast majority of lawful gun owners in the red states have a different attitude toward both crime and the value of human life than those involved in the violent crime in the cities.

That’s a problem with the people, not the tool. Just look at the knife attacks in Israel, the acid attacks in London, the pressure-cooker bomb in Boston, or the bigot who drove his SUV through a parade, or MS-13’s preference for blades and bludgeoning — because the victim suffers longer.

The casual flashing of a pistol and putting it against someone’s head like you see in this video is anathema to law-abiding gun owers. You never point a gun at anything you do not want to destroy — that goes double for when someone’s body is at the other end of that barrel.

By the time someone has justified violence in their mind, the methods for carrying that out are as boundless as the imagination of the criminal. The guy who wanted to kill Kavanaugh had a knife, a gun, pepper spray, and zip ties. The core problem was never the gun — you could do the deed with just as much finality by using a brick or a hammer. The real problem was the will to kill of the assailant.

We could go into all the same statistics and arguments about how gun ownership actually prevents crimes and saves lives — according to facts gathered in Obama’s White House.

But that would be a wasted effort. She’s not interested in honest discourse.

She’s pushing an agenda, schools are just the current convenient vehicle for pushing it.

For that reason, the simplest response to her bad-faith argument is this: 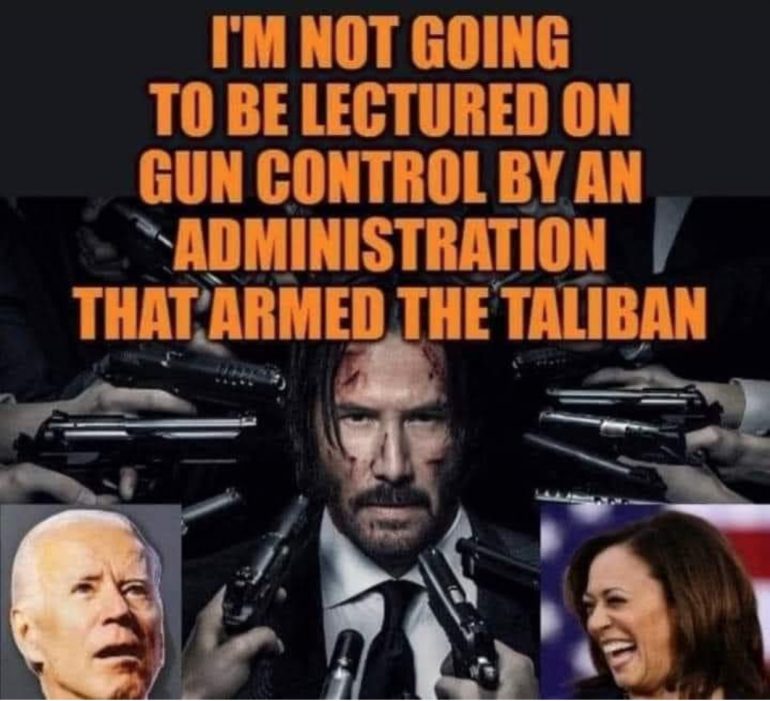