Biden stood before nation to announce that the CIA had dusted the leader of Al Qaeda, a guy who helped plan 9/11. That’s great news right?

Yes. Well — maybe. How optimistic your response to that announcement depends on the answers to a few questions. We’ll start with the simple ones and save the big one for last.

First off, did this strike actually kill their target?

It’s not as if we have any CIA agents in Kabul who can talk a quick walk around the block, and pop in to grab a DNA test and check that there was a corpse and that the corpse belonged to the guy they wanted to kill.

Next is a famous (if dubious) quote you’ve probably heard attributed to Mark Twain: the rumors of my death are greatly exaggerated.

This is not the first time authorities have declared this man to have died. Here are just two of many examples documented in a thread. 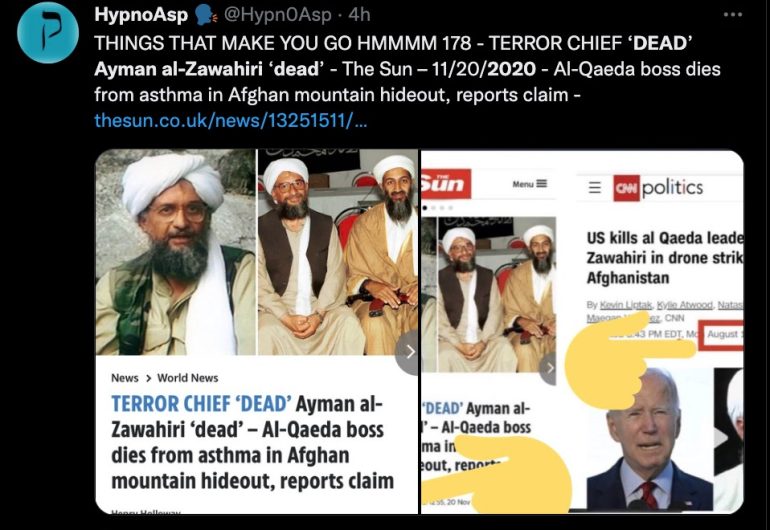 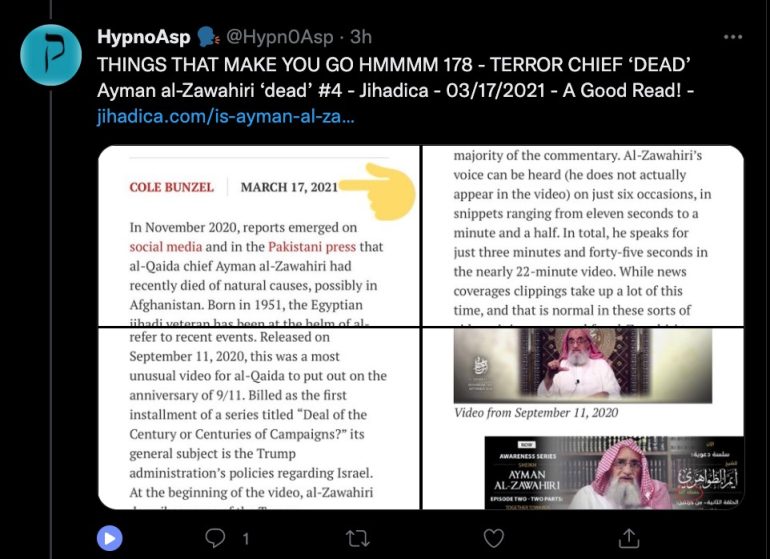 But the biggest question reflects back on something Biden told us about a year ago, when he told us that Al Qaeda was ‘gone from Afghanistan’.

What the hell is Al Qaeda still living large in Kabul equivalent of Embassy Row?

However, terrorism and national security experts quickly pumped the brakes on celebrating Al-Zawahiri’s death as a major win because of what it meant: Al Qaeda is in Afghanistan.
“The killing of Al Qaeda emir Ayman al Zawahiri will be sold as a counterterrorism success. But that narrative masks the undeniable truth that Taliban-controlled Afghanistan is a safe have for Al Qaeda,” Bill Roggio, terrorism analyst at the Long War Journal, tweeted. “The strike that killed Zawahiri is the first since the U.S withdrawal 1+ months ago. The U.S. saved best for first, and made the first counterterrorism strike count.”
“Zawahiri was killed in the Sherpur neighborhood, in a home run by a deputy of Sirajuddin Haqqani. Sirajuddin is of course one of two deputy Taliban emirs as well as the interior minister,” he continued. “Zawahiri could not operate in Afghanistan – particularly in Kabul – without the consent of the Taliban. He wasn’t in the remote mountains of Kunar, Nuristan, or Nangarhar, or distant provinces of Ghazni, Helmand, or Kandahar. He was in the Taliban’s capital.” —DailyWire

The Taliban’s signing of the Dohan Agreement before Americans withdrew from Afghanistan meant the Taliban had committed to combat terrorism (including Al Qaeda). Clearly they had no intention of making good on those promises… which tells us that even the rationale Joe Biden gave us to justify the pullout from Afghanistan was based on faulty assumptions.

All of these questions make that win Joe was touting ring kind of hollow.