It’s almost as if New York itself is trying to make Lee Zeldin’s key campaign point for him — crime really IS out of control.

It wasn’t bad enough that someone with a weapon tried to attack him on stage.

How bad is it? Violent crime hasn’t just come to his neighborhood, it’s come literally to his front yard… in broad daylight.

It was two in the afternoon when two people were found on Lee’s property, wounded by gunfire while Zeldin’s teenage daughters were doing homework at the kitchen table, just 30 feet from where one of the stray bullet wound up.

Zeldin and his wife had been returning home from a Columbus Day parade when the incident happened at their home.

“My 16 year old daughters, Mikayla and Arianna, were at our house doing homework, while my wife, Diana, and I were in the car, having just departed the Bronx Columbus Day Parade in Morris Park,” Zeldin said in a statement shared on Twitter on Sunday.
Zeldin, the Republican candidate for New York governor, said one of the people who was injured was found under the family’s front porch, while the other person was found in the bushes in front of the porch.
…“After my daughters heard the gunshots and the screaming, they ran upstairs, locked themselves in the bathroom and immediately called 911,” Zeldin said. “They acted very swiftly and smartly every step of the way and Diana and I are extremely proud of them.” — NBCNews

Authorities do not believe the shootings were connected to Zeldin’s campaign. Both of the injured victims were 17 years old.

According to police, three teens were walking Sunday afternoon in the Shirley neighborhood when a dark colored car passed and fired multiple shots.
Police say two teens were hit and tried to hide in someone’s yard. A third teen ran away from the scene.
…Zeldin said police do not believe the shooting was politically motivated. But Zeldin, who is campaigning on a tough on crime platform, added that anyone can be a victim now.
“I’m standing in front of crime scene tape, in front of my own house. You can’t get me more outraged than right now,” he said. — News12Westchester

Here’s a video in which he’s reacting to the events of the day, describing his astonishment as he arrived home and had to process the fact that he was told by authorities he couldn’t enter his own home through the front door because it was part of a crime scene.

Could this drive-by shooting be a clue that the Democrat’s approach to the crime issue may not be 100% successful?

If ever there was a time for reasonalble minds to stand up and be counted it’s now.

As some of the new merch in our store suggests, we need to be ‘bold as lions’. 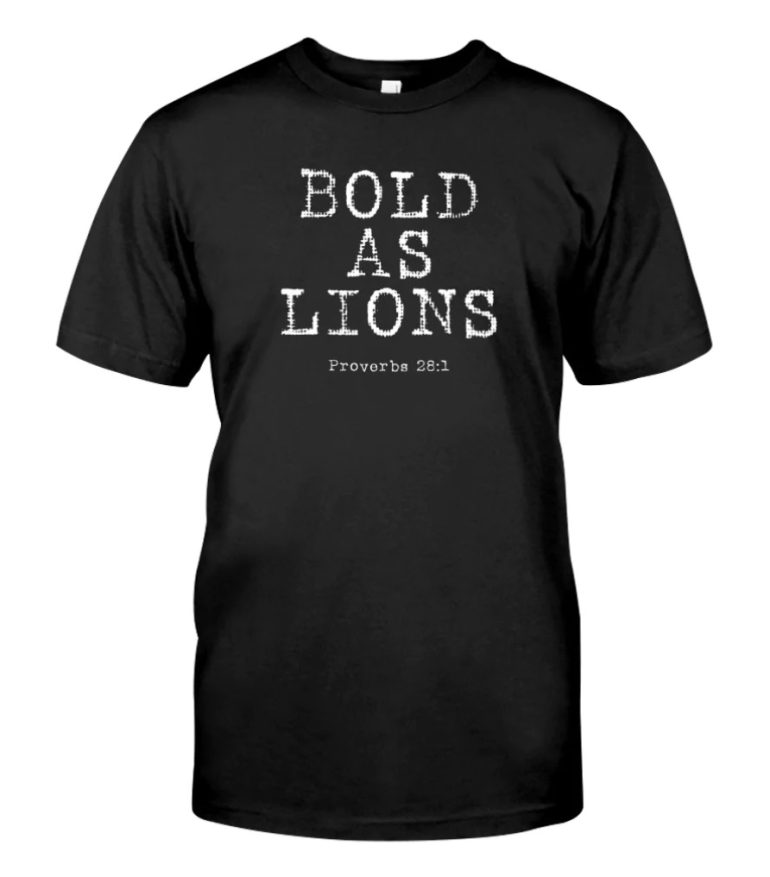