Is there no low to which these people will not sink in their cynical exercise of political power?

By now, you might be wondering what happened with that ‘more to come’ aspect of Elon Musk’s official clearing-of-the-air, the document dump dropping the receipts on just how deep the corrupt political rot in Twitter’s management team really went, and what lengths they were willing to go in order to subvert the public’s ability to digest all relevant information about the candidates and choose between them.

Time Magazine called this ‘fortifying the election’ for Biden. Elon was far more direct in his assessment. Musk agreed that Twitter’s previous management COLLUDED with one party to rig the election for Joe Biden. 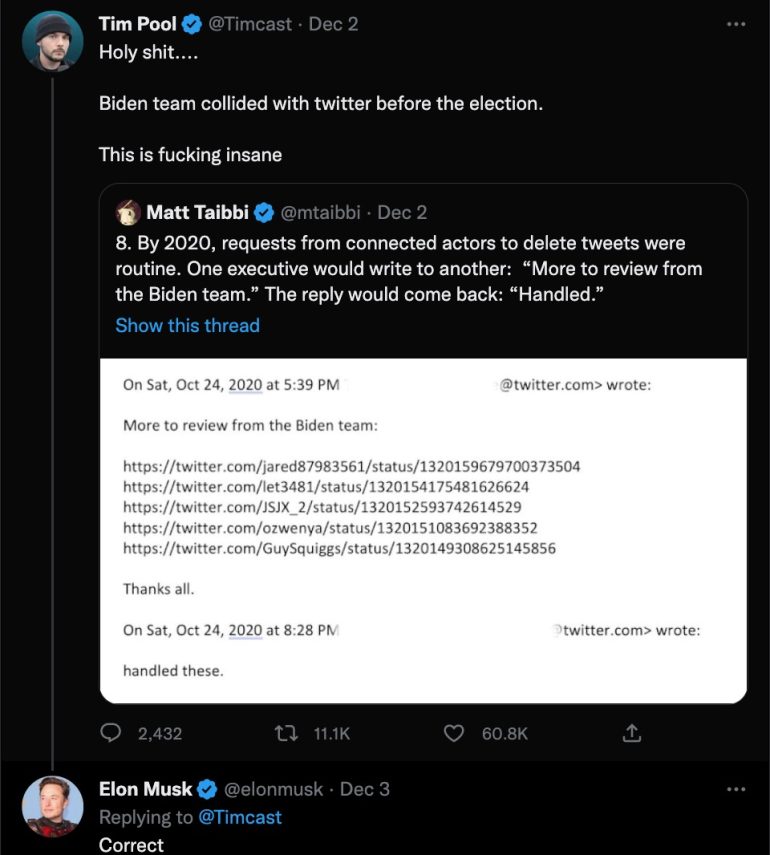 If his new investment is to have the credibility he’s trying to rebuild, that begins by clearing the air.

That was the entire purpose of this exercise. The document dump hit a snag. Here is a really succinct summary of what that snag looked like… 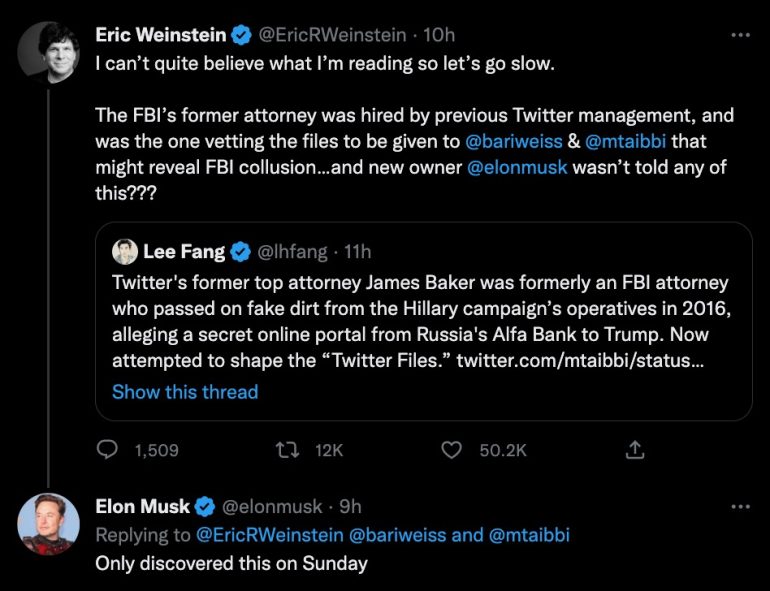 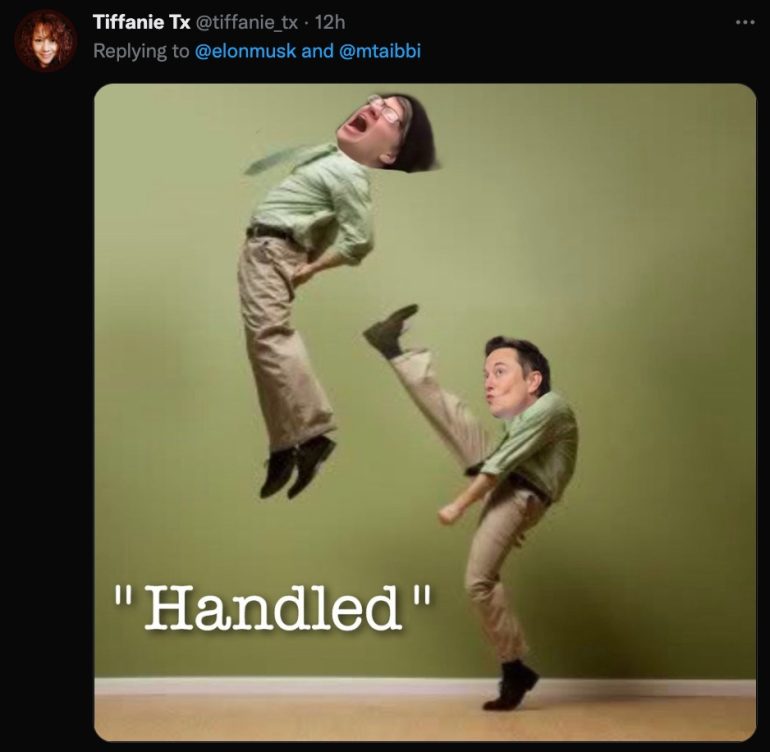 Both the decision to suppress the laptop story and the illegitimate FISA warrants into Trump’s inner circle had Jim’s fingerprints all over them.

Some background on Baker's role in shaping both the 2016 and 2020 presidential elections:https://t.co/6atFhiQh92 pic.twitter.com/DVtn5twtBH

Alright. With the broad strokes summary of the situation out of the way, let’s get into what shenanigans Jim was getting up to in the days leading up to his being kicked to the curb.

In a new Twitter thread on Tuesday, Taibbi alleged that Baker had been fired after he was discovered ‘vetting’ the internal documents before their release, and delaying the release of a second tranche of files to Taibbi and another journalist, Bari Weiss.
Taibbi wrote that ‘new management,’ meaning Musk, was not aware of Baker’s role in reviewing the files before their release.
Taibbi tweeted: ‘The process for producing the “Twitter Files” involved delivery to two journalists (Bari Weiss and me) via a lawyer close to new management. However, after the initial batch, things became complicated.
‘Over the weekend, while we both dealt with obstacles to new searches, it was @bariweiss who discovered that the person in charge of releasing the files was someone named Jim. When she called to ask ‘Jim’s’ last name, the answer came back: ‘Jim Baker.’
”My jaw hit the floor,’ says Weiss.’ — DailyMail

The revelation of Baker’s role (and firing) would not have come as much of a surprise to Miranda Devine, who spotted a critical missing element in the TwitterFiles document dump.

Now that Jim Comey’s #2 is no longer poring over any internal documents before Twitter releases them to the public, we should get a much more complete picture of what was really going on behind the curtain over in Twitter… perhaps we’ll even get some glimpses into some OTHER big tech players who have been hiding behind Section 230 legal protections.

Meanwhile, as the so-called Mainstream media continues to do damage control for team Biden, they are leaning into WaPo’s new ‘dies in darkness’ slogan.

An honest media — if we had one — would be interested in shining a light on it. But somewhere along they way, they stopped being journalists and started being activists.

Is it any wonder Elon gave the document dump to a couple of ‘outsiders’ with unimpeachable track records?