Usually, this kind of savage takedown of media comes from the mouth or keyboard of a bright-red Republican or possibly a libertarian. This time, it’s one of their own.

One of the ways you see media sidestep issues they don’t care to talk about is by some version of the ‘Republicans pounce’ argument. If they can portray an issue as something only Republicans care about, they can make it seem like it’s hyper-partisan and therefore untrue.

These are often the same dishonest clods who fell for every single ginned-up-and-later-discredited story the Dems run to deep-six Republicans. They didn’t even have the decency to return their Pulitzer Prizes when the stories they shilled were disproven as false.

When someone like Bari Weiss or Matt Taibbi comes along and starts reporting on Elon Musk’s Twitter document dump, the first instinct of the left is to poison the well by labeling Weiss and Taibbi as suddenly ‘right-wing’ so that anything they have to say can be summarily dismissed.

Here’s WaPo getting caught in the act, and then stealth-editing their content after they got called out on it. 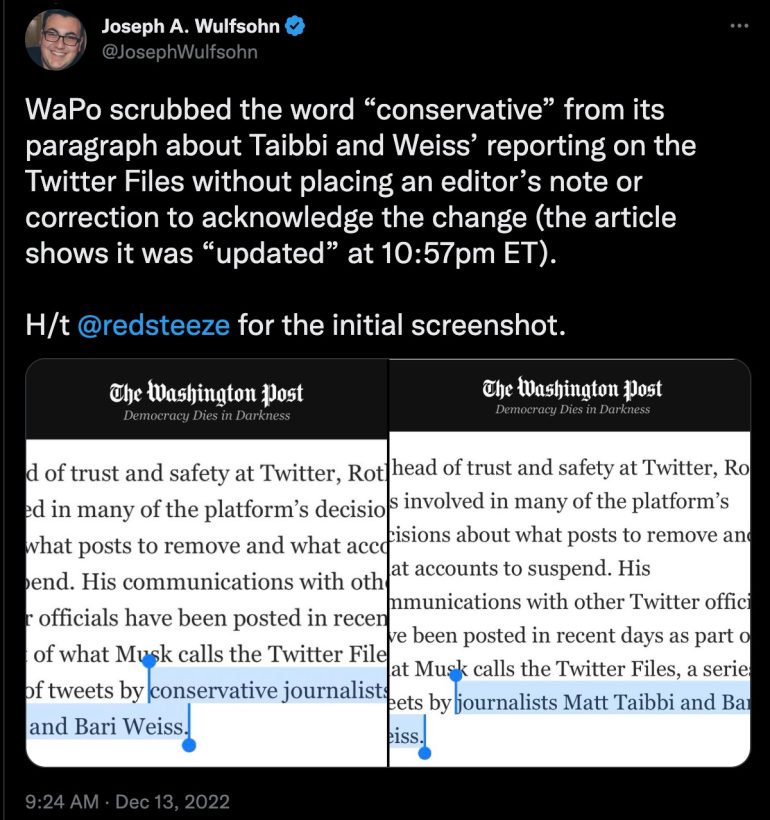 Greenwald is probably called many things by many people, but one thing nobody would call him with a straight face is a shill for the Republican establishment. He wrote for Salon and the Guardian and played a role in getting Edward Snowden’s information out to the public domain.

He has been less than impressed with the media response to the TwitterFiles document dump, and let them have it with both barrels.

Here is the tweet that finally set him off. 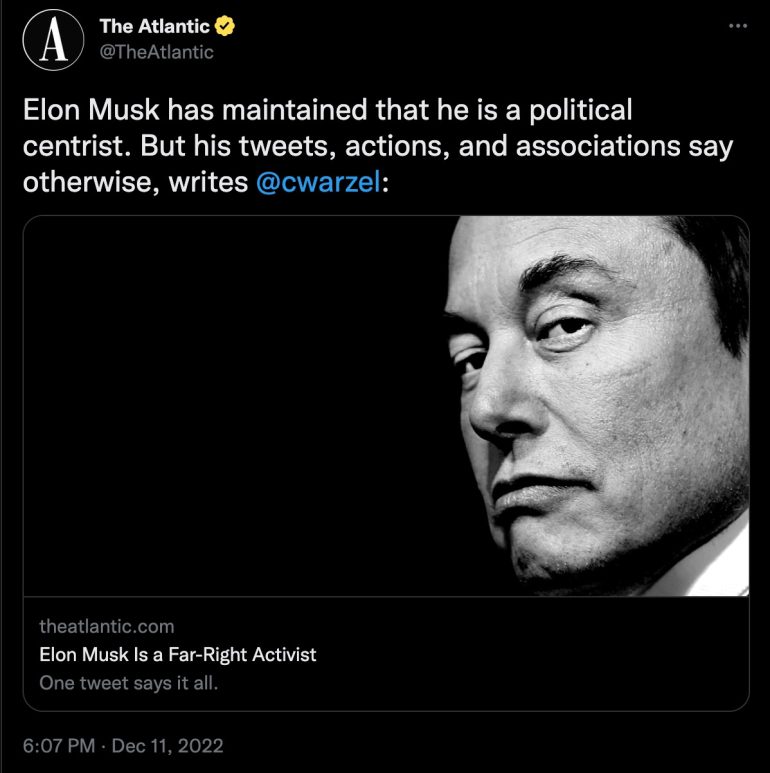 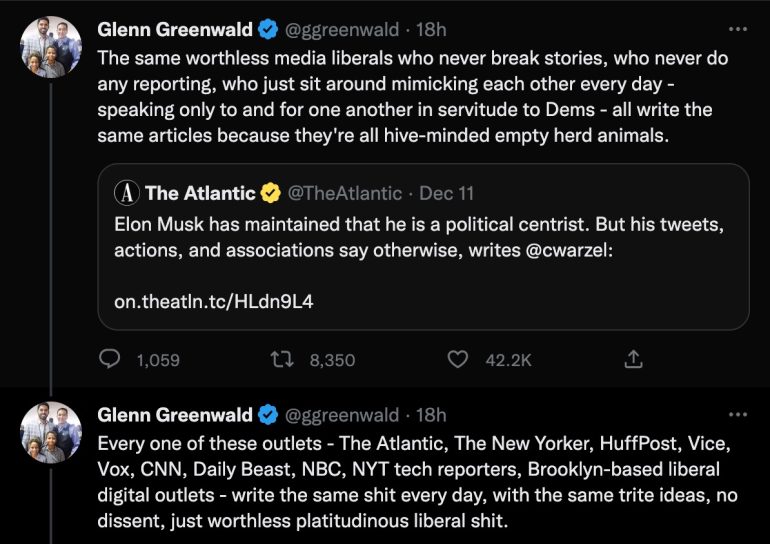 Glenn named names and pulled no punches.
He called them out and he made it personal.

You gotta love it.