[CLICK TO BROWSE]
To the Left, speech is violence and violence is speech.

The White House Press Secretary is a partisan hack… but we already knew that.

She’s now spouting off on a couple of Elon Musk’s tweets because the Bad Orange Man on Twitter has been replaced by the Bad Space Man in the minds of Libs.

Over the weekend, Elon Musk posted a tweet that read, “My pronouns are Prosecute/Fauci” and a couple of memes mocking the lockdown advocacy by Dr. Anthony Fauci.

These acts of speech are apparently “dangerous” but leftwing protesters posting Supreme Court Justices’ home addresses and gathering en mass to yell at them (or worse) is somehow not dangerous.

Musk has been tweeting his opinion (that many people happen to share,) that the current Head of the National Institue of Allergy and Infectious Diseases (NIAID) wasn’t telling the truth to Congress about his agency funding gain-of-function research in Wuhan, China, and that research resulted in the SARS-CoV-2 virus and the leak of that virus from the lab that has infected billions of people, killed millions, and turned the world upside-down.

I strongly disagree. Forcing your pronouns upon others when they didn’t ask, and implicitly ostracizing those who don’t, is neither good nor kind to anyone.

As for Fauci, he lied to Congress and funded gain-of-function research that killed millions of people. Not awesome imo.

We are still feeling the repercussions of the COVID lockdowns and mandates. Children were prevented from getting a proper education for two years and some are facing serious challenges to catch up… and much of this was preventable. Padon us for being a bit salty about that.

Frankly, it is far less dangerous to say that Fauci should be prosecuted for lying to Congress than to insist that former President Trump and his supporters are Nazis, which is done on soical media all the time, including by the former head of Twitter’s “Trust & Safety” Yoel Roth.

Yes, that person in the pink hat is clearly a bigger threat to your brand of feminism than ACTUAL NAZIS IN THE WHITE HOUSE.

The White House has leaned into that same rhetoric by labeling Trump supporters “semi-fascists” and “Mega-Super-Ultra-Extreme MAGA.”

The “punch a Nazi” crowd is still out there and still active. You’ll often find them wearing their signature black garb with masks on and working as unpaid security for “family-friendly” Drag shows. The Biden regime gives those black-clad zealots a wink and a nod and insists that they’re just “an idea” not a domestic terrorist organization, unlike the “extreme” MAGA crowd that just wants a thriving economy, border security, and a government that leaves us alone to live our lives.

Contrast Karine Jean Pierre’s statements about Musk’s tweets with how she spoke about the protests following the leak of the Dobbs decision that was meant to intimidate the conservative Justices and bully them into changing their decision.

Intimidating judges is against the law, by the way. So is firebombing crisis pregnancy centers, but she was mum about that, too.

Karine Jean-Pierre says Biden is fine with pro-abortion activists protesting outside the restaurant where Justice Brett Kavanaugh was eating pic.twitter.com/pOILFiwwaw

Then there’s this straight-up lie that President Biden has condemned the Kavanaugh assassination attempt and the attacks on crisis pregnancy centers. He did not.

Karine Jean-Pierre is asked about the assassination attempt on Justice Kavanaugh, and claims that "We have taken this very seriously … We have condemned it, the President has." pic.twitter.com/NVaIDH4yht

But then, when she’s not reading directly from her binder, this diversity hire doesn’t seem to know what it is that she’s going to say until it drops out of her mouth.

In trying to explain how Biden's handling of threats to SCOTUS justices is different, KJP points out that Biden has fought to make Roe the law of the land. What?

Very Michael Scott "Sometimes I'll start a sentence and I don't even know where it's going" vibes from her. pic.twitter.com/qhUAF8fiLr

So, to sum up, the White House Press Secretary condemned from the podium the tweets by the owner of Twitter that she didn’t like, but she also from the podium excused illegal protest and brushed aside the doxing of SCOTUS Justices’ homes that resulted in an unhinged man showing up outside Justice Brett Kavanaugh’s house with a Glock, a knife, pepper spray, zip-ties, and burglary tools with the intent of killing a Supreme Court Justice… or perhaps more. Had U.S. Marshalls not been stationed on the property — who knows what would have happened.

We say it a million times, but it’s true — if the Left didn’t have double standards, they wouldn’t have standards at all. 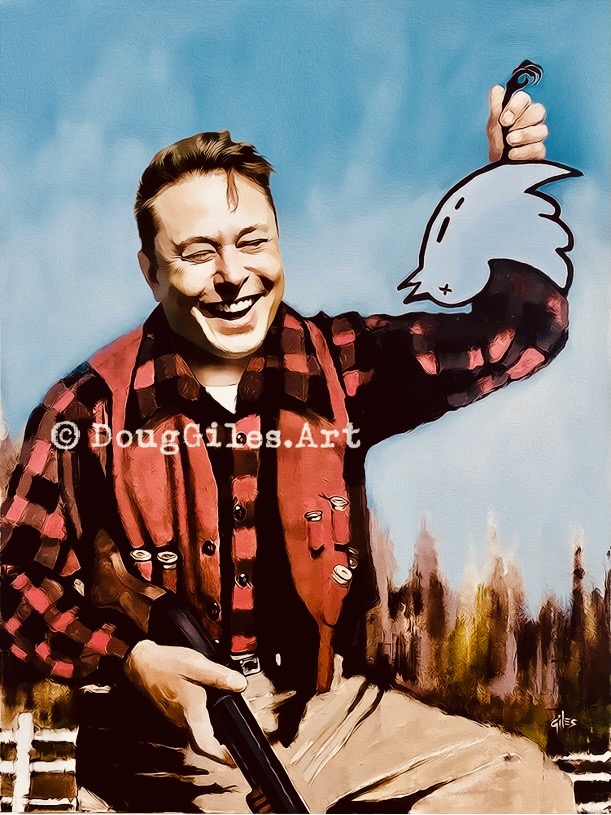