Chalk it up to arrogance or stupidity, but these corrupt operators can’t WAIT to out themselves on hidden camera. This secret CRT activist in Georgia is no exception. 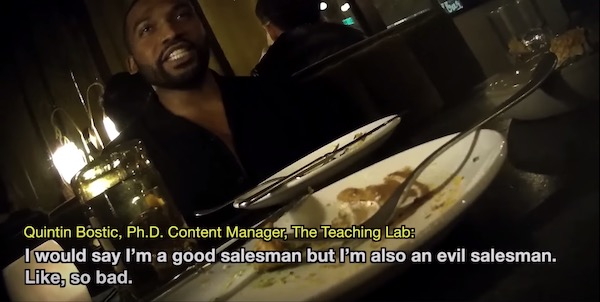 The investigators at Project Veritas have been at it again. This time the fish they reeled in was someone taking government money so that he could turn our children into propagandists to persuade their parents.

Using impressionable children to get to the parents is the kind of tactic jackboot authoritarians like to employ. And also American leftists. What a coincidence.

The latest fish Project Veritas reeled in was Dr. Quintin Bostic. He’s been peddling a CRT curriculum that Georgia outlawed while hiding its true nature under a different title. 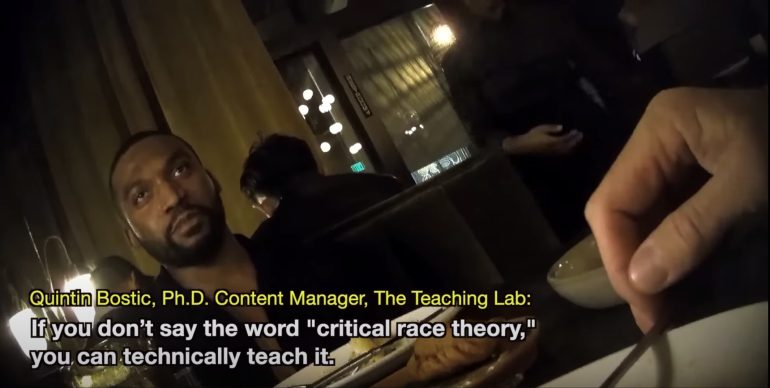 Project Veritas summarized some of the big ideas on their page: 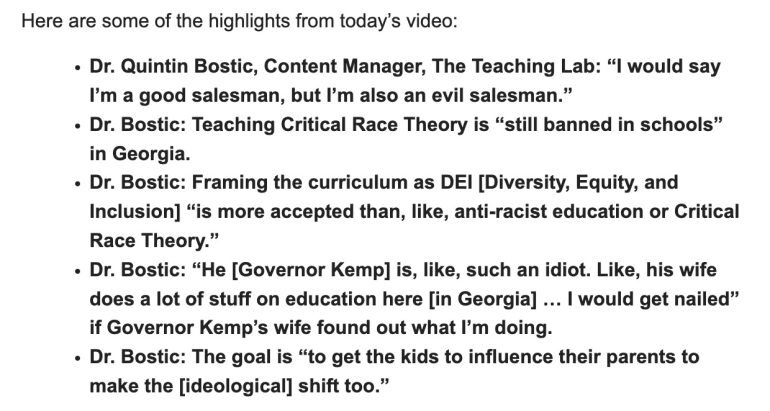 I’m no lawyer but sounds like this guy just admitted to deceiving the government in a deliberate act of fraud. One might imagine there are consequences of some sort for that kind of behavior.

Would such consequences include a lifetime ban on doing any business with the state?

For a guy whose so cocksure that he can land on his feet even if he rug gets pulled out from under him, he may have to test that theory sooner than he thought.

For anyone looking for a silver lining in this situation:

Lawyers drafting any future legislation to block our children from being indoctrinated into racially-divisive worldviews can refer back to this curriculum in deciding how to fill in the kind of legal loopholes this grifter was exploiting.

Thank you for your service, now go away.