Rolling Stone magazine’s recent decision to feature the alleged Boston Marathon Bomber and cop-killer Dzhokhar Tsarnaev on the cover of their August issue only further justifies why I’ve never read this liberal rag. Although the magazine is no stranger to controversial covers or articles, most of the country can agree that the magazine has gone too far.

Being a Bostonian myself and having the April 15th and April 19th tragedies hit so close to home, I cannot imagine someone trying to justify these acts, or make excuses for the heinous creature who committed them. Rolling Stone is not only guilty of desecrating the practice of journalism (although I would hardly call this piece such), in so doing they have desecrated the memory of the victims and the strength and fortitude that Bostonians have so desperately tried to hold onto these past three months.

Immediately following public outrage over the insulting and inappropriate cover, Rolling Stone editors posted on their website that while “Our hearts go out to the victims of the Boston Marathon bombing … The fact that Dzhokar Tsarnarv is young, and in the same age group as many of our readers, makes it all the more important for us to examine the complexities of this issue and gain a more complete understanding of how a tragedy like this happens.”

So, ipso facto because your audience is young, you think they want to read about another young person who happens to be a terrorist? As a young person (and decent human being the same age as Officer Sean Collier, whom I have personally met), the only news story I want to read about this human waste of space is when he’s sentenced to death or converts to Christianity. The truth is, Islamic jihadists acclimate themselves to the culture they are amongst in order to carry out the deeds their religion promotes i.e., kill the infidels.  That is how something like this happens.

Rolling Stone is trying to manipulate the American people into thinking that there has got to be a valid reason other than this concept to explain atrocious behavior — much like liberal America has done for years. No, it couldn’t be that Islam is a violent “religion” that calls for the murder of those who do not follow their ideology. No, it can’t be that this young man actually chose to commit these acts because he wanted to. It’s got to be someone else who coaxed and influenced him to blindly follow their way. 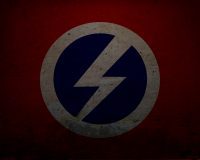