One of the first teams of heavily armed police to respond to Monday’s shooting in Washington DC was ordered to stand down by superiors, the BBC can reveal.

A tactical response team of the Capitol Police, a force that guards the US Capitol complex, was told to leave the scene by a supervisor instead of aiding municipal officers.

The Capitol Police department has launched a review into the matter.

“I don’t think it’s a far stretch to say that some lives may have been saved if we were allowed to intervene,” a Capitol Police source familiar with the incident told the BBC.

A former Navy reservist, Alexis was working as a technical contractor for the Navy and had a valid pass and security clearance allowing him entry to the highly secure building in south-east Washington DC.

About 8:15 local time (12:15 GMT), Alexis entered Building 197, headquarters for Naval Sea Systems Command, which builds and maintains ships and submarines for the Navy, and opened fire.

Armed with a shotgun and a pistol he took from a guard he had shot, he sprayed bullets down a hallway and fired from a balcony down on to workers in an atrium.

He fired on police officers who eventually stormed the building, and was later killed in the shootout. 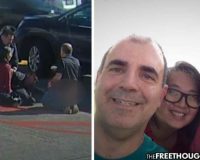