Rather than mock the Hollywood culture that has these celebrities raising “emergency funds” for the poor women in Texas who have had their abortion rights restricted, Glenn chose to look at the bigger picture. This particular event is just one in a series of small steps being taken to ensure progressivism one day overtakes Texas.

“What this is really about is changing the culture in Texas. They are doing everything they can – the progressives – to center in on Texas. If they get Texas, we are done. If they flip
Texas, we are done,” Glenn said on radio this morning. “What do you think immigration reform is for? Why do you think they wanted to make sure that everybody can vote without any kind of ID whatsoever? It is because if you can flip Texas, you are finished. Why do you think we have been saying, ‘Move to Texas’?”

Last night, Glenn attended an event with Texas business owners and executives, and he was asked why he decided to move to Texas. The answer was simple: Texas is one of the last beacons of freedom. 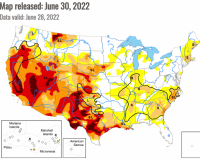