This Easter “Sister Michelle” and “Brother Barack” donned their white-and-tan Sunday-go-to-meeting duds and decided to do God a favor and spend the morning at Washington, DC’s Nineteenth Street Baptist Church.

As the Obamas sat in the second row, Pastor Reverend Dr. Derrick Harkins turned his attention from the resurrected Christ and decided Easter was as good a time as any to offer a prayer asking God to “surround our president … bestow upon him a wisdom that indeed comes from you … Even yes, when the light of a flame turns into the harsh glare of criticism, tend to his spirit.”

Despite all the surrounding and the bestowing, the pastor/reverend/doctor Harkins decided not to rock the boat by mentioning God helping Barack to eschew the abomination of abortion, reject gay marriage, and repent for his other anti-Biblical stances.

Rev. Dr. Derrick Harkins also asked that divine consideration be given to “Sister Michelle” and a “hedge of protection” around Sasha and Malia, and requested that even though the Obamas insist on supporting Planned Parenthood, that the church bodies’ “prayers… envelop them with love and encouragement.”

Then during the “Turn to somebody and say Amen” portion of the service, churchgoers completely forgot what Easter Sunday is supposed to be about, and after being told by the pastor/reverend/doctor to “stay where you are,” the Obamas were mobbed by a crush of toadies.

Gracious churchgoing folk that they are, the first family smiled and shook hands with the pack of wild sycophants.

Issuing a rebuke, Pastor Reverend Dr. Harkins said, “Y’all went and did exactly what I told you not to do,” which is precisely what Jesus might have said to the Obamas had He made a personal appearance at the Nineteenth Street Baptist Church to discuss the blight of abortion, gay marriage, and presidential infringement on God-given freedoms.

Then, after being asked again to back off, and with the prodding of a stern “Amen” or two from the Right Reverend, the Easter service was able to continue.

But the fervor was still uncontained. Things got so carried away that while the organist was attempting to fill the air with thoughts of Jesus raised from the dead, an enthusiastic congregant rose up out of his chair, shook his hands in the air (what, no handkerchief to wave?) and said “Glory Hallelujah!”

Wait! No he didn’t; he yelled out, “God bless President Obama!” – after which the congregation that should have been applauding the stone being rolled away instead put their hands together for Barack Obama, their version of the next best thing to a personal messiah.

As an aside, if Barack Obama spent as much time in church listening to the truth of God’s word as he does on the golf course, the country might not be submerged in the dung hole it’s presently in.

As for the first family’s supposedly humble dismissal of all the fawning worship, everyone knows that a Bible-sporting Obama entering a church – which he so rarely does – and granting Jesus Christ an hour or two a year of his time, especially on Easter, isn’t officially calling attention to himself, but he must know that it will.

The question is: Why do the Obamas, who manage to make time for four- to five multi-million-dollar vacations per year, fundraising jaunts, golf- and girls’ getaways, trips to pick up Nobel Peace Prizes, 20-hour roundtrips to Hawaii, and for shaved ice in Martha’s Vineyard, only spend about two hours a year in church?

At the ‘White House Egg Roll,’ which in no way suggests the White House’s endorsement of pro-life symbolism or national fertility, the answer came from Michelle Obama. In response to a question about what a typical Obama Sunday is like, FLOTUS explained to “LIVE with Kelly and Michael” co-hosts Michael Strahan and Kelly Ripa how America’s self-professed Christian president usually observes the Sabbath.

Fulfilling Scripture, the man-god of the Nineteenth Street Baptist Church apparently emulates God Himself, who on the “seventh day [after He] completed His work which He had done… rested … from all His work.” (Genesis 2:2)

According to Michelle, after jet-setting around the globe and showing up at high school graduations that would rather forego having an Obama as a commencement speaker, the first family declines the kind of godly worship that involves God. Instead of church, the POTUS, FLOTUS, and their female offspring nap, hang out, and worship one another.

In five years, or 260 weeks, the Obamas managed to summon the press, dress up, and saunter slowly to church under the glare of camera lights a whopping 18 times. Compare that to Barack Obama managing to squeeze in 160 rounds of golf, each lasting four hours or more.

Yet Mrs. Obama had the audacity to tell Kelly and Michael: “We try to go to church as much as possible, but when the kids get older, you know, Sunday is some kind of practice, rehearsal, birthday party, you know. So getting us all together on a Sunday is becoming more difficult now that the girls are getting older.”

Eighteen visits in five years aside, correct me if I’m wrong, but there usually aren’t “practice[s], rehearsal[s], [or] birthday part[ies]” on December 25th. Moreover, even when the girls were six years younger, the Obamas managed to repeatedly miss church on Christmas Day.

Revisionist religion reporter Michelle painfully continued with her explanation: “But if we’re not going to church, we really try to use Sunday as family downtime where we can kind of breathe and catch up and maybe take a little nap every now and then if we’re not working.”

So, there you have it. When they’re not being venerated on Easter Sunday at Nineteenth Street Baptist Church, or skiing, or golfing, or eating BBQ at 12 Bones Smokehouse in Asheville, North Carolina, for the Obama family “breathing, catching up and napping” is apparently synonymous with worshiping God.

Mainstream Media Reported On Armed Woman Pulling Her Gun On BLM Provocateur – But They Didn’t Present The Entire Truth – Here It Is
July 4th, 2020 DC Clothesline 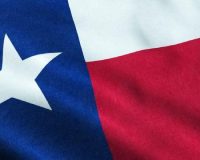