Today on Capitol Hill the House Ways and Means Committee will be submitting recommendations to the Department of Justice regarding criminal charges and prosecution for former head of tax exempt groups at the IRS Lois Lerner. Committee members said they have evidence to prove Lerner broke the law during inappropriate targeting of conservative groups between 2010 and 2012, but haven’t detailed what specific charges they’ll be recommending.

According to email evidence, Lerner called Tea Party groups “very dangerous,” but after multiple Congressional probes and questions by Congress, she admitted during a conference in 2013 that the IRS had inappropriately targeted conservative groups.

The Left’s Plan to Subjugate Middle America: Placing Boots on the Ground
May 17th, 2021 TCP News 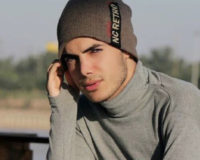 Does this Iranian gay man’s murder change the calculus on Biden’s negotiations?
May 17th, 2021 Liberty Unyielding

High Court Rules You Can Use Force, Damage Government Property To Resist Unlawful Arrest
May 17th, 2021 Sons of Liberty Media