While Christians are beheaded by Muslims and babies are murdered en masse by misguided individuals, the progressives are more concerned about cakes. Recently, Pope Francis solemnly stated that “martyrs are more numerous today than they were in the first centuries of the church.” It is difficult to dispute the Pontiffs claims, considering the ongoing day in and day out murdering, raping, burning, crucifying, enslaving, and torturing of Christians by Muslims. They often claim they have a right to do so because their Quran instructs them to wipe out non-Muslims, enslave Blacks, abuse women, and torture animals.

Such actions continue non-stop around the world and have been perpetrated here in America as well. However in the United States, the progressives look the other way when it comes to Muslim atrocities. Of course they have been overwhelmingly concerned and working to wipe out the right of Christian bakers, who simply choose not to bake cakes in celebration of unnatural marital couplings that go against their religious beliefs. The hypocritical leftists didn’t even complain when a Muslim baker in Dearbornistan, MI refused to bake a cake for a homosexual wedding. Of course that confirms what I have known about the progressive left for years.

Those on the left, do not give a rat’s behind about the numerous atrocities being inflicted upon numerous individuals around the world. Unless it fits their agenda to feign concern. Their so-called concern is part of an overall mission to undermine the ongoing operation of Christianity and perhaps even the United States as well. A clarifying example, the left’s homosexuals-are-victims-campaign is not at all about freedom or especially not liberty. In fact it is all about trying to delegitimize and annihilate Christianity. That is why to this day, they have exhibited more concern about forcing a cake baker to go against his or her Biblical teachings, than about the daily physical onslaught of murder and mayhem against non-Muslims and unborn babies.

Our magnificent Declaration of Independence points out our unalienable rights to “Life, Liberty and the Pursuit of Happiness.” But the progressives who pretend to be in favor of liberty, protection of life, and the pursuit of happiness decry that concept for Christians. In fact, they equate a Christian operating according to his beliefs with aggression against homosexuals. Yet they still remain almost mute about the horrendous physical abuse homosexuals face throughout the Muslim dominated Middle East. Another lefty Tim Cook, CEO of Apple, seems to project the belief that Christians in America should be prevented from operating according to their beliefs. Can Tim Cook really believe that his selective focus only against Christians is tolerant, wholesome, freedom loving and humane behavior?

Yet on the other hand, according to a recent World magazine report, Mr. Cook traveled to the Middle East to try and nail down deals on behalf of Apple. Homosexuality is completely outlawed in most of that part of the planet. Participants in unnatural sexual acts between men are punished by hanging, being stoned to death, burned alive or simply tossed from the top of a building.

The deafening silence in regards to the thousands of monthly victims of Muslim led abuse, is more than enough evidence of the utter hypocrisy of those who say they are so concerned about inequality. An individual deciding to follow his religious and moral beliefs is not committing the sin of inequality by not baking a cake for a homosexual wedding.

I think that those seeking to find Christian business owners to try and force them to go against their beliefs are disingenuous, evil and cowardly. I doubt we will hear or see any of them going against Muslims to try and force them to stop their murderous ways. Remember, the United States of America was founded with a major inclusion of Christian principles, ethics and beliefs. Thus the progressives who hate and discriminate against Christianity, the Constitution, Federalist Papers, etc. are, as president Obama said, out to “fundamentally change America.”

Wake up my fellow Americans! The rights you lose could be your own.

May God Bless America and may America Bless God.

Mad Maxine Says She Has Met Crips and Bloods ‘In The Hood’ with ‘More Integrity’ Than the President
February 22nd, 2020 Big League Politics 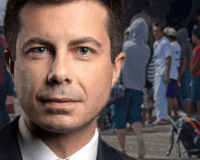 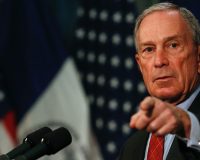