Can you imagine the outrage if a Jewish girl was to say this about a Muslim?

A video recently posted on Facebook shows a little girl, called Rahf, holding a large knife and declaring, “I want to stab a Jew.” Her father, Abdulhaleem Abuesha, a teacher in the Madaba refugee camp in Jordan, encourages her, saying: “Oh, you’re so strong! Allah willing, my dear.”

The video was posted on Abuesha’s Facebook account on October 16. His account also features a picture of a little boy – presumably his son – holding a large knife and smiling at the camera.

“Why do you want to stab the Jew?” Abuesha asks.

“Because he stole our land,” she replies.

“They stole our land. With what do you want to stab them?” he asks.

Watch the terrifying video below. (Via RWT) 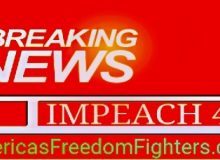