This is what a good Mayor would tell citizens to do. Someone please tell Obama that this is how a leader show handle massacres.

Flamboyant Jerusalem Mayor Nir Barkat has told city residents it’s their “duty” to carry licensed weapons to stave off a spate of stabbings by Palestinians. Barkat attracted controversy earlier for carrying around a souped-up Glock in an Arab neighborhood.

“Given the current escalation of violence in the security situation, those with a licensed firearm who know what to do with it must go out with their weapon. In a way, it’s like military reserve duty,” the millionaire and former entrepreneur, who has been in charge of Jerusalem since 2007, told Army Radio on Thursday morning.

The comments were made just hours before a teenage Palestinian wounded two people in a knife attack outside the city’s police headquarters. There were at least six such assaults around the country on Thursday, though in each case the victim managed to escape alive. 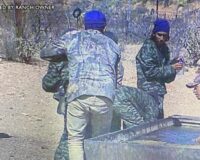 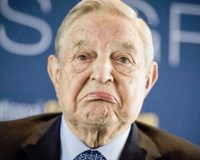