Beyonce may have a lot of fans worldwide that buy into her race baiting, but these cops are NO fans of hers at all. What they just decided to do is sending her a message loud and clear. Do you agree with them? Vote below!

PITTSBURGH —City police officers who believe Beyonce is anti-police are planning to boycott the singer’s May 31 concert at Heinz Field, and the union said it will file a labor complaint if the city forces them to work the secondary employment.

FOP President Robert Swartzwelder said Friday that he is not taking a position on Beyonce, and the union is not calling for a boycott; rather, officers are posting on the FOP website saying that no one should work the show.

Trending: Media Outraged Over Trump Blasting Generals As 'Dopes And Babies' But Silent During Obama's 'Purge'

“If the city compels police officers to work secondary employment again, it is further demonstration that the city is managing its fiscal responsibility on the backs of its police officers,” said Swartzwelder, referring to when he said city officers were forced to work the Pittsburgh Marathon.

The basis for an unfair labor practice complaint would be if the city forces on-duty officers to work the concert, which is a voluntary employment, Swartzwelder said. 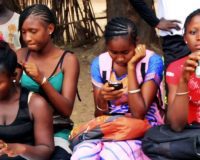