Obama was ‘unprecedented’ in his war on Fox News and the rest of the Media (D) didn’t say a word about it. And now, it’s CNN’s turn. You know what they say about Karma? 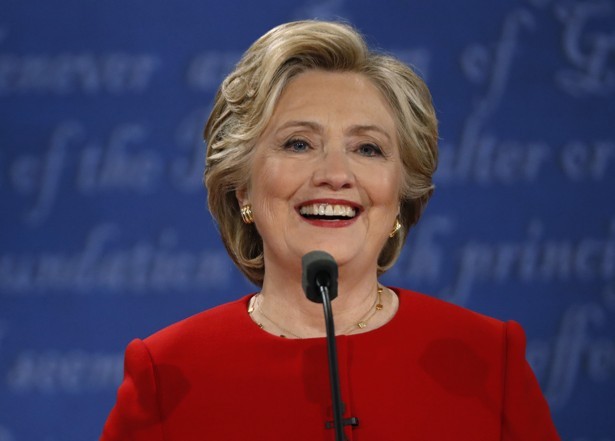 Watch Jim Acosta complain about his treatment by the President-Elect and Sean Spicer:

Now for a little juxtaposition courtesy of the New York Times:

Attacking the news media is a time-honored White House tactic but to an unusual degree, the Obama administration has narrowed its sights to one specific organization, the Fox News Channel, calling it, in essence, part of the political opposition.

“We’re going to treat them the way we would treat an opponent,” said Anita Dunn, the White House communications director, in a telephone interview on Sunday. “As they are undertaking a war against Barack Obama and the White House, we don’t need to pretend that this is the way that legitimate news organizations behave.”

Her comments are only the latest in the volatile exchange between the administration and the top-rated network, which is owned by the News Corporation, controlled by Rupert Murdoch. Last month, Roger Ailes, the chairman of Fox News, and David Axelrod, a senior adviser to President Obama, met for coffee in New York, in what Politico, which last week broke that news, labeled a “Fox summit.”…

…“Instead of governing, the White House continues to be in campaign mode, and Fox News is the target of their attack mentality,” Michael Clemente, the channel’s senior vice president for news, said in a statement on Sunday. “Perhaps the energy would be better spent on the critical issues that voters are worried about.”…

…“I’ve got one television station that is entirely devoted to attacking my administration,” he said in June, though he did not mention Fox by name. He added, “You’d be hard pressed if you watched the entire day to find a positive story about me on that front.”

The White House has limited administration members’ appearances on the network in recent weeks. In mid-September, when the White House booked Mr. Obama on a round robin of Sunday morning talk shows, it skipped Fox and called it an “ideological outlet,” leading the “Fox News Sunday” anchor Chris Wallace to appear on Bill O’Reilly’s prime-time show and call the administration “the biggest bunch of crybabies I have dealt with in my 30 years in Washington.”

Ms. Dunn called that remark juvenile and stressed that administration officials would still talk to Fox, and that Mr. Obama was likely to be interviewed on the network in the future. But, she added, “we’re not going to legitimize them as a news organization.”

And why was Fox News considered not a ‘legitimate’ news organization?

Because they didn’t bow and kiss the ring.

They dared to critique the Obama Administration on policy.

They gave a voice to the Tea Party.

They dared to hire conservatives… and then let them speak.

This is worlds apart from what CNN did — they reported something that was unverified and salacious. True, they didn’t report on the salacious bits, but BuzzFeed did.

And now, the entire world sees the President-Elect differently.

Sean Hannity has a handy list on his website of all the times that Obama has blamed Fox News for his impotent Presidency.

PRESIDENT OBAMA: It’s very hard for me to swallow that one. First of all, I’ve got one television station entirely devoted to attacking my administration. I mean, you know, that’s a pretty…

PRESIDENT OBAMA: Well, that’s a pretty big megaphone. And you’d be hard-pressed, if you watched the entire day, to find a positive story about me on that front.

“Look, as president, I swore to uphold the Constitution, and part of that Constitution is a free press. We’ve got a tradition in this country of a press that oftentimes is opinionated. The golden age of an objective press was a pretty narrow span of time in our history. Before that, you had folks like Hearst who used their newspapers very intentionally to promote their viewpoints. I think Fox is part of that tradition — it is part of the tradition that has a very clear, undeniable point of view. It’s a point of view that I disagree with. It’s a point of view that I think is ultimately destructive for the long-term growth of a country that has a vibrant middle class and is competitive in the world.”

“Your detractors believe that you did not tell the world it was a terror attack because your campaign didn’t want that out,” O’Reilly said. “That’s what they believe.”

President Obama: While affordable health care might still be a threat to freedom on Fox News, it’s working pretty well in the real world.

Obama blames Fox News for the ‘Balkanization of the Media’ (Real Time with Bill Maher, November 3, 2016)

“The problem is we’ve got all these filters. Look, if I watched Fox News, I wouldn’t vote for me either because you’ve got this screen—this funhouse mirror—through which people are receiving information. How to break through that is a big challenge.”

“In this election, [they] turned out in huge numbers for Trump. And I think that part of it has to do with our inability, our failure, to reach those voters effectively. Part of it is Fox News in every bar and restaurant in big chunks of the country, but part of it is also Democrats not working at a grassroots level, being in there, showing up, making arguments.”

Obama’s had has hate on for Fox News since he began his run for President, and he used his position as President to delegitimize the news organization because he didn’t like what they had to say.

P-SSY OF THE WEEK: Obama And His FOX News Obsession

The Media (D) has taken to Twitter to express their ‘shock’ over the treatment of CNN:

Trump's treatment of CNN's Jim Acosta should be yet another indicator to the press that they need to stand together: https://t.co/Lhv6NuVwod pic.twitter.com/9GhTlnd3zV

Any citizen of this country should be worried about this exchange https://t.co/0eoCgKCH71

Trump, at news conference ripping press, on his attitude toward First Amendment: "great respect for freedom of the press, and all of that"

"We are fully confident in our report. It represents the core of what the First Amendment protects. " CNN statement on our Trump reporting https://t.co/EeIwQMykBT

This is a real threat posed by Trump: The humiliation of the First Amendment. https://t.co/XeV6FZsjrV

This is dangerous stuff. Trump said to CNN's @Acosta: "Your organization is terrible…you are fake news." –> https://t.co/V0nSUV3ucA https://t.co/5hdyX4smov