The attack was three-hours long and it was only stopped when Police stormed the apartment and shut off the camera.

It’s terrible what women are facing.

In an apartment in Uppsala, Sweden, (near Stockholm) an unidentified woman had her clothes torn off by armed men and gang raped while the crime was live-streamed on Facebook according to an online witness.

Two of them weren’t natives of Sweden.

TWO migrants from Afghanistan have reportedly been arrested over the three-hour gang rape of a woman that was broadcast on Facebook Live.

The two men, aged 18 and 20, who are both from Afghanistan, were arrested in the city at the weekend after police were tipped off by social media users, it was reported by The Local newspaper…

…The third man, a Swedish citizen aged 24 according to court documents seen by The Local, was detained on suspicion of failing to reveal rape which shocked the world after it appeared on Facebook live.

The three, who cannot be legally identified under Swedish law, have not been charged.

In Sweden a person suspected of a serious crime can be detained without being charged with the approval of a court.

But this is only if there is a risk they will flee the country.

According to the Local, the men deny the accusations…

…An online witness said the victim had her clothes pulled off by armed men and was sexually assaulted before cops arrived and turned off the camera.

The horrific assault took place in an apartment in Uppsala, Sweden.

Police rushed to the scene after they were tipped off by someone watching the live stream in horror.

The victim was apparently close to unconscious as the[sic] she was assaulted.

Witness Josefine Lundgren, 21, called the police immediately when she tuned into the live footage.
Read more: The Sun UK

Here is a photo of the attackers holding what looks like a revolver: 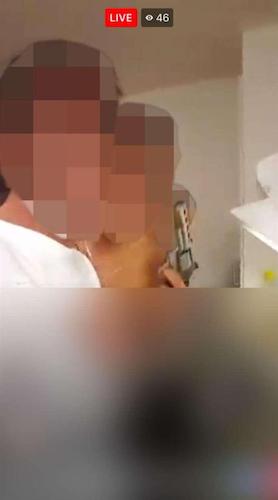 Here is the screenshot of the moment when officers arrive: 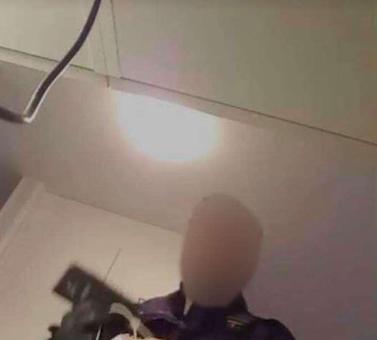 This is unbelievably disgusting.

These ‘Progressive’ countries refuse to acknowledge the ‘rape-y’ nature of the refugees from Muslim countries.

Sweden, known for its lilting accent, meatballs, and DIY furniture is now known for gang-rape.

It looks like those Swedish ‘Don’t Touch Me’ wristbands aren’t working.

Perhaps they should try another strategy…

Maybe it is important to have immigrants that have similar values… like rape is wrong.

Where are all the feminists denouncing Muslim ‘rape culture’?

We’ll probably have to wait a looong time to hear anything from them.

This woman was violated and the horrific crime was made public.