They so DESPERATELY wanted it to be TRUE, and now the look like idiots.

There was a story floating around, for a while now, and Trump-haters on BOTH sides of the aisle were DESPERATE for it to be true.

It was a sordid little tale that (among other things) involved a story about prostitutes in Russia urinating on a bed the Obamas once slept in.

It involved ties to Russian spies. (Notice how Democrats have been angling toward specifically Russian connections for a loooong time now, despite the Russian business connections on Hillary’s side?)

Redfaced, ‘news’ agencies learned the day AFTER they ran it as a national story that it was an outright HOAX. McCain himself played a role in bringing this to authorities. 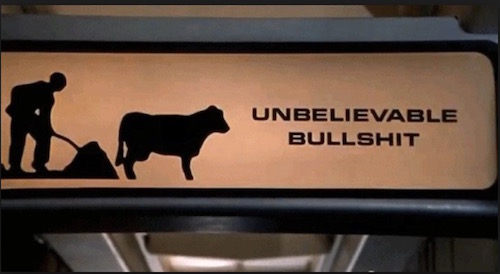 But we are still supposed to buy CNN’s line of ‘The Most Trusted Name In News’?

They ran a story that had absolutely NO corroboration as a rumor. At least the National Enquirer and other gossip mags like Cosmo don’t pretend to be serious news.

By running the story that was based on nothing more than gossip and innuendo, they have lowered themselves to the moral authority of a trashy gossip mag. (See: Fake News) That’s why Trump never took CNN’s question.

Once CNN cleared the path to bringing it into the national conversation, Buzzfeed took the next step. They shared the more gossipy details of a story that his foes have been desperate to substantiate for months.

But wait… they were helping Hillary!

Carry on. Not a story.

But now that CNN is caught in the lie, suddenly they’re backpedaling… distancing themselves from the report.