Could THIS be the greatest tribute to the Trump Administration yet?

How can I be so certain?

According to Federal Regulation, once the transition of power is complete on Inauguration Day, photographs of the former President are to be replaced by the sitting President.

…by 12:01 p.m. Friday, in one of the most visible signs of a presidential transition, the pictures disappeared.

Or they were supposed to under federal polices. A check with some of the score of federal installations around the Tampa area showed widespread compliance…

…”As the photos are collected by our interior design department, they will be shredded,” said Jason Dangel, spokesman for the Bay Pines VA Medical System in Seminole, where nine portraits of Obama hung.

The process is spelled out in the policies of the General Services Administration, requiring that all portraits of former presidents be “respectfully disposed of,” said Karen Collins, a spokeswoman for the James A. Haley Veterans’ Hospital in Tampa.

“The message we received recommended shredding and/or recycling,” Collins said…

…The frames “will be left blank until we receive the replacements from the Government Printing Office, which is responsible for printing the new presidential portraits,” said Shayna Rodriguez, another Haley spokeswoman.
Read more: Tampa Bay Times

Apparently, a few military bases just couldn’t wait, so they’ve supplied their own favorite Presidential photo (and in some cases, Secretary of State photo) until the official portraits are available. 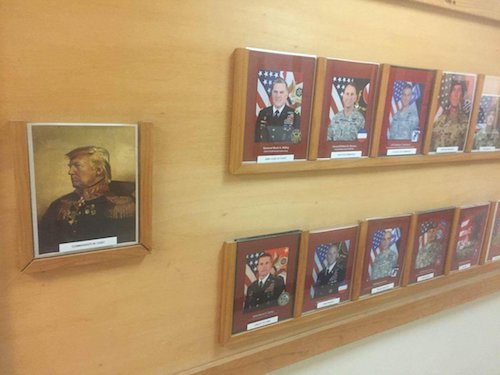 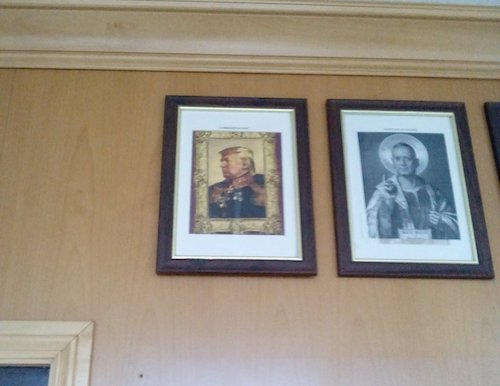 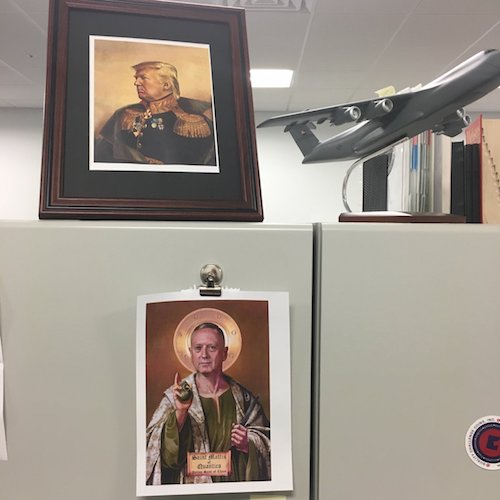 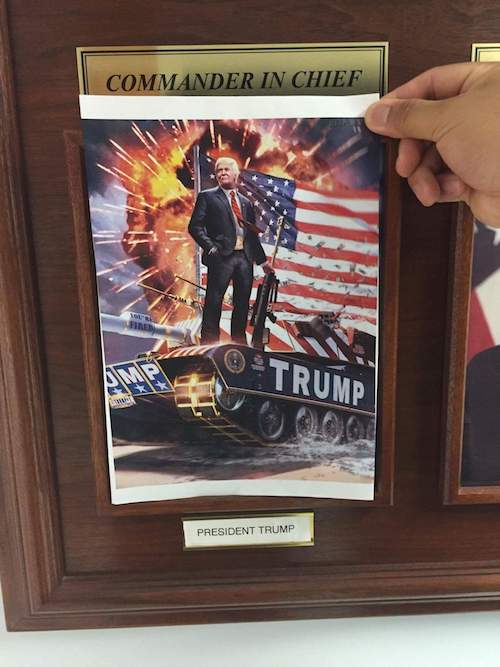 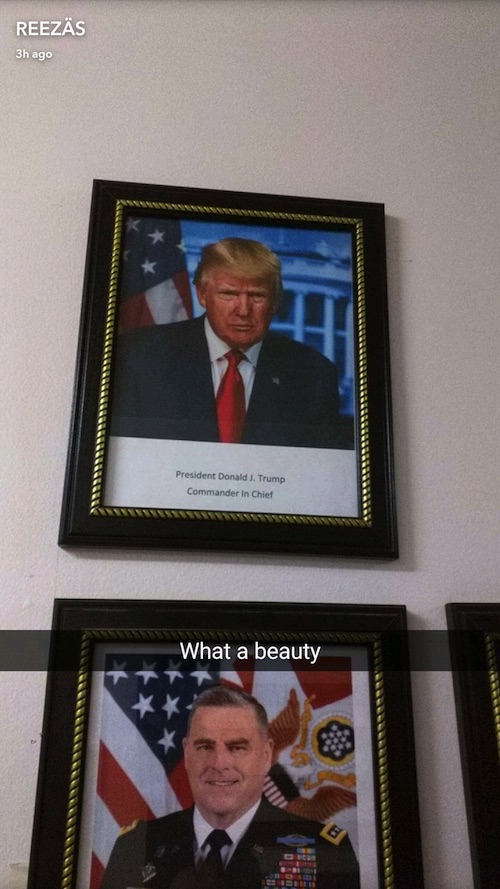 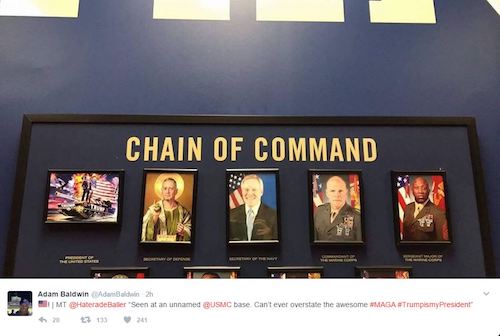 So, while Barry’s portrait ends up in a shredder, this photo is put in its place:

Don’t you just LOVE it?