What were all those women marching for? Well, it looks like one woman had the ULTIMATE protest sign that will clear up EVERYTHING.

We were told it was about ‘equality’ but since that’s been covered for decades, it seemed kinda wrong.

Planned Parenthood and NARAL were sponsors — and a Pro-Life group was not permitted to be a sponsor of the Women’s March, so abortion, maybe?

Not according to this woman. 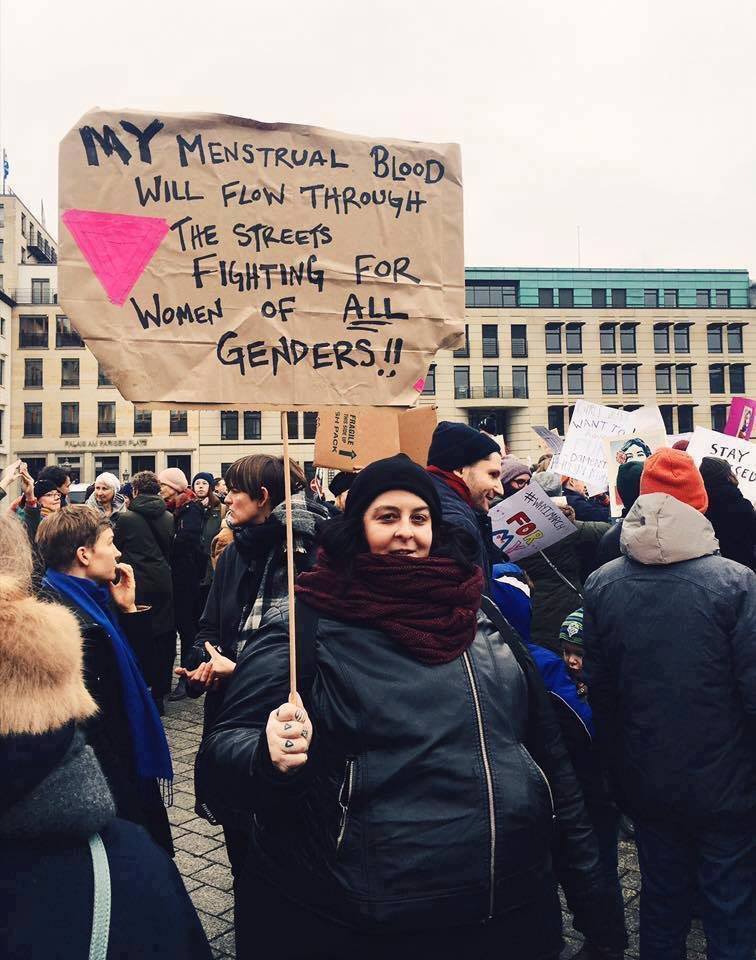 Thank you, Shamu, we weren’t exactly sure what you were out there for.

But now that you’ve, uh, cleared that all up in a most disturbing way, we have some thoughts.

1. Menstrual blood in the streets are what you call a ‘biohazard’. And thank you for that graphic mental picture.

2. Imagine if you replaced ‘menstrual blood’ with fluid that comes out of a man. That would be offensive, right? Right.

4. ‘Women of all genders’ is an interesting phrase… I don’t think the word ‘gender’ means what you think it means.

5. Was it the marker? Did you get high on Sharpie and it messed with your brain?

(Although, I desperately hope it’s real.)

But isn’t that what this movement has been like?

Isn’t it weird that feminists and the transgender lobby have joined forces against President Trump?

Because you can’t have an opinion on ‘women’s issues’ (ie. Abortion) unless you have a vagina, but you can have a ‘woman’s brain’ and a man’s body and still be a woman.

What if you have a ‘man’s brain’ and a woman’s body? Does your opinion on abortion count?

A pre-op transgendered man can have an opinion on an abortion, but a post-op one can’t?

How about a pre-op vs. post-op transgendered woman?

See what happens when you start going down this path?

Feminism and transgenderism are incompatible worldviews.

Because, really, the ultimate misogyny is that a man can be a better woman than a woman that was ‘born that way’.

But they’re unlikely to get it because they’re making sure that their menstrual blood is fighting or something.