Another march, another mess to clean. Predictable as clockwork, right? That depends on WHO is doing the marching.

Remember when we reported about the P*ssy March?

They descended on DC like a swarm of locusts, leaving destruction in their. Ok, not destruction, exactly. (That was the OTHER #NotMyPresident group. The ‘protesters with backers‘ demonstrating the day before.)

But they DID leave one Hell of a mess.

Remember the photos of THIS mess? Classy, right?

Seeing this pic all over time lines. How can leaving signs as trash all over be ‘beautiful’?? – “Beautiful end to the #WomensMarch” pic.twitter.com/vrvw7yT7zG

And don’t forget WHO Stayed behind to clean it up? (The article pointed to some previous marches, from both political stripes. Leftist ones leaving the place looking like a garbage scow. Conservatives picking up after ourselves.)

Let’s remember than on ‘EARTH DAY’, shall we?

One week later, we have our chance to put our claims to the test.

Will Conservatives keep the streak going?

Here’s a time lapse of the march. Notice how the park looks before and after.

Wow! Check out this awesome time lapse of the entire #MarchforLife! pic.twitter.com/Evrq3IBGCd

Here is a pic: 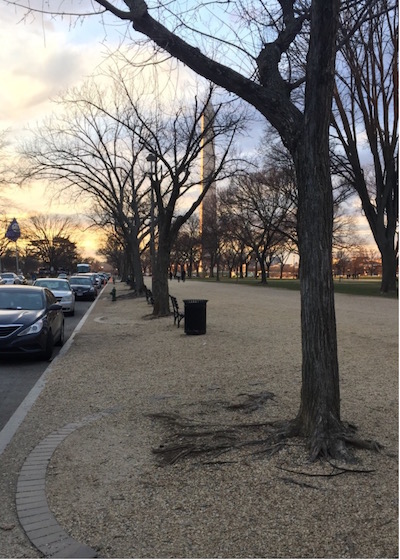 So when they say they’re NASTY? They’re not kidding.