A call has been made to witches — worldwide! — to ‘bind’ Donald Trump.

#bindtrump #magicresistance #feb24 A Spell to Bind Donald Trump and All Those Who Abet Him: February 24th Mass Ritual pic.twitter.com/EhHNRwsssP

Twitter has the link to the binding spell. How very non-occult-like. (If it’s on Twitter, it’s not exactly a ‘mystery’ now, is it?)

Here’s the ritual for those who want to join in https://t.co/WDiB4U8vnJ

There’s also some helpful advice to the would-be binders:

witchcraft brothers and sisters: remember to perform the binding ritual in a cleansed area! you do not want bad energy negating the spell!

A binding spell is a restraint or a boundary. You might as well call ponytail bands or the walls of your house a “curse”.

a “binding” spell just stops someone from hurting others or themselves, like putting a toddler in time out ?

Ok, maybe not so serious.

This is just utter nonsense, and ClashDaily wants to be clear that it doesn’t endorse witchcraft.

But it’s so ridiculous, that we have to include some of the ‘binding spell’.

This is purely for the purpose of reporting.

After you gather the witchrafty accouterments and place them in a pleasing circle, you have to light candles and say a bunch of words while performing the ‘ritual’.

These witches are calling upon everyone — Heavenly hosts, Demons of infernal realms, Water, Earth, Fire, and Air, pretty much anybody.

I call upon you
To bind
Donald J. Trump
So that he may fail utterly
That he may do no harm
To any human soul
Nor any tree
Animal
Rock
Stream
or Sea

Bind him so that he shall not break our polity
Usurp our liberty
Or fill our minds with hate, confusion, fear, or despair
And bind, too,
All those who enable his wickedness
And those whose mouths speak his poisonous liesI beseech thee, spirits, bind all of them
As with chains of iron
Bind their malicious tongues
Strike down their towers of vanity
Read more: Some News

Question, how will they know if they’re successful?

Will he suddenly turn into Hillary? 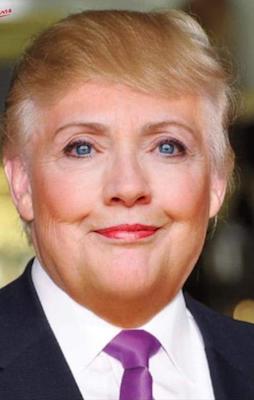 That’s the stuff of nightmares, right there!

After all, the people that voted for President Trump don’t think he’s the puppy-eating, xenophobic, misogynistic monster that the Left portrays him to be.

Trump voters are rational individuals that support some (or all) of President Trump’s policies and sincerely believe that he wants to ‘Make America Great Again’.

The anti-Trump crowd doesn’t seem to believe that he actually wants to do a good job.

Donald J. Trump was successful as a reality tv star.

Do you think he wants to be less of a success as President of the United States of America?

54 mass shootings have occurred since Biden was sworn in
April 18th, 2021 Liberty Unyielding