Remember the arguments the GEN X Liberals used to make?

If you don’t want to watch it… change the channel.

If you don’t want to hear that language, don’t buy the album.

It was the ‘butt out and let us live our lives’ approach. Exactly WHEN did the Liberals start showing off their hardcore authoritarian streak?

Borrowing from the Leftists of yesteryear:

— If you don’t like Ivanka’s dress, don’t wear one.

— If you don’t like Trump furniture… don’t buy any.

Now they must PUNISH any store that fails to comply with their demands not to stock it.

Here’s where that is leading us:

Sears’ and Kmart’s websites no longer sell products from the Trump Home line, which is owned by the Trump Organization.

As of Friday, a search for Trump Home items on both retailers’ sites yielded no results, except items sold by third-party sellers.

“As part of the company’s initiative to optimize its online product assortment, we constantly refine that assortment to focus on our most profitable items,” a Sears Holdings spokesperson told Business Insider. “Amid that streamlining effort, 31 Trump Home items were among the items removed online this week. Products from the line are still offered online via third-party Marketplace vendors.”
Read more: Business Insider

It’ backfired… because (first) lots of people loved the product and (second) they REBELLED against the intolerant left FORCING itself on the right of others to make up their own damn buying decisions.

There was a counter-protest. People FLOCKED to buy Chick-Fil-A.

Will that happen with the Trump brand?

That depends on what the ‘Deplorables’ decide (freely) to do with their OWN hard-earned money.

But would it surprise anyone at ClashDaily if they INTENTIONALLY sent a message to the Leftists by buying ‘banned’ products, and shunning ‘compliant’ stores?

Not one bit. Conservatives are really a group to ‘organize’. We don’t do group-think very well. Too unruly.

But we do have a surly streak.

When someone tells us we can’t do something, we generally have an answer to that: 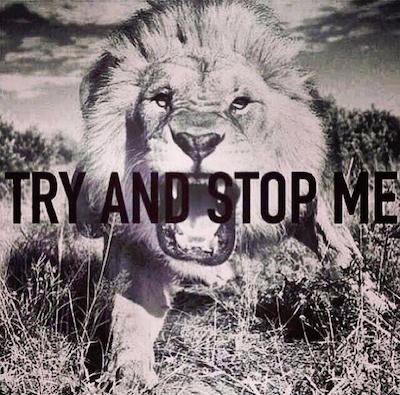 So go ahead. Make us take interest.

You know how this ends.

And the stores that pick sides? Better be sure they’re on the RIGHT side.