Is Dubya even talking about the SAME media?

George ‘Dubya’ Bush has been very quiet for the last eight years. Dubya took the high road after his term in office. He stepped aside, saying nothing as he let Obama blame Every Problem he POSSIBLY could on the ‘Bush Presidency’, however ridiculous the claim.

So why is he speaking up now?

Former U.S. president George W. Bush said Monday that a free press was ‘indispensable to democracy’ during his two White House terms – hinting that he disagrees with President Donald Trump’s assessment of some reporters as ‘the enemy of the people.’

‘We need an independent media to hold people like me to account,’ Bush said on the ‘Today’ show.

‘I think power can be very addictive, and it can be corrosive, and it’s important for the media to call to account people who abuse their power, whether it be here or elsewhere.’
Read more: Daily Mail

In what sense are either of those being ‘threatened’? Who was arrested? Who had their data compromised, cameras smashed, or hard drives seized?

If anything, the corrosive CORPORATE power of MONOPOLY is the actual threat to any ‘free’ aspect of the free press. Likewise, when Editorial biases where 90% of the newsroom vote for the same party, and spike stories that run counter to the narrative. (Like the story HUFFPO pulled when they realized it praised Trump.)

Where was Dubya ‘calling to account’ people who abuse their power when the IRS was being used as a cudgel against Conservatives?

Why have you, who stayed silent through endless abuses OF conservatives by a powerful Democrat, and administrative underlings who played fast and furious with the laws, suddenly found your voice?

Is it because you have forgotten the Venom of the supposedly ‘free press’? Their dishonest tactics?

Have you forgotten about Dan Rather? Have you forgotten the accusations of ‘War Criminal’? The daily Iraq Body Count that went strangely silent when your successor — the guy with the inexplicable ‘Peace Prize’ took office?

There is a reason the media’s trust ratings are near record lows. Here’s a clue:
IT’S OFFICIAL! Federal Judge Finds CNN GUILTY of Pushing ‘Fake News’ (This Is NOT Satire)

There is NOTHING dishonorable in calling “BS” on the press when they lie.

We would have appreciated it, Dubya, if you had done the same.

We forgave you — often — when you compromised on Conservative principles. It was US who DEFENDED you when that ‘Free Press’ you cherish went on the warpath publishing scathing editorials thinly disguised as ‘news’.

Your family has been VERY well served by Republicans.

But don’t think we didn’t notice how most of you turned on us once Jeb had nothing to gain politically.

Your daughter was a speaker for Planned Parenthood event. Several Bushes supported Hillary with NOT a WORD about the TREASONOUS mishandling of State Secrets.

If you’re going to speak out, feel free to lash out at Obama and his record. Or the Democrat and media lies.

Republicans have enough dishonest ‘Literally Hitler’ criticism from the left that we don’t have time for this kind of BS. 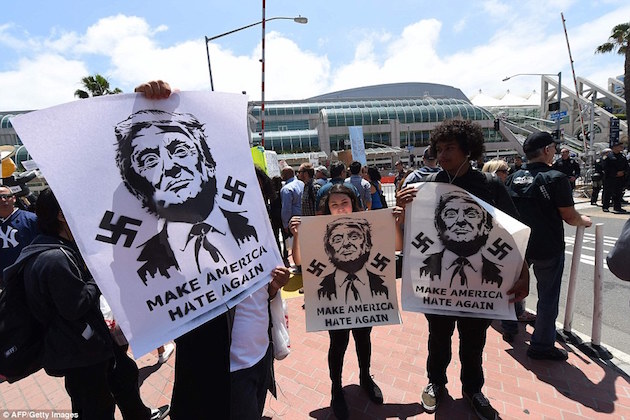 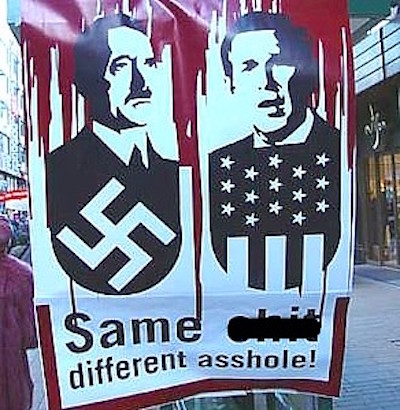 The same tactics they used to destroy YOU, they are trying to recycle on Trump: 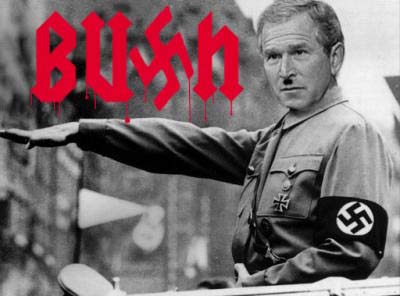 The only difference is, Trump isn’t going to suck his thumb and let the Media (D) treat him like a pinata. 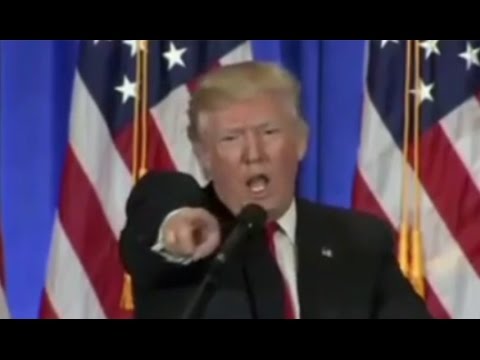 He’s calling the SOB’s out.

We wish YOU had.