By John Harden
PART I 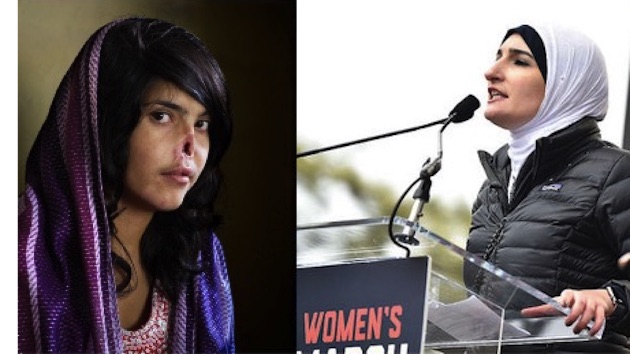 I have seen a lot of talk about Sharia Law and Linda Sarsour (A Muslim woman who has been a very active part of organizing the DC marches) mentioned in recent days following the DC march, but not once has Sharia Law adequately been explained to the American people.

I’m not going to touch on the ridiculousness of women running around DC with giant vaginas on their heads as that would take all morning, and ruffle some feathers. Instead, I am going to take you to a 3rd world country where women’s rights (and their very right to live) is on the line everyday: Afghanistan. I’ve been, in some form or fashion, involved with that country my entire adult life. There, Muslims and Christians work together to combat Islamic Terrorism (because outside of our Starbucks, that exists) and corruption daily, and do not so much as bat an eye at their petty differences. So, while women in DC made fools of themselves and showed just how spoiled American women can be, a young woman came to mind. Her name is Reza Gul, and she had her nose cut off cut off by a man. A man operating under the “moral code” of Sharia Law. She was just 15-years-old when her parents promised her to Mohammad Khan, a man who was in Iran up until their wedding. From that day forward, her life was plunged into darkness and abuse, all due to laws created by the prophet Muhammad to ensure against “Women’s Upheaval” in the Middle East. She was beaten, locked up, and had no explanation as to why; Sharia Law does not require an answer to that question. All this ended when she tried to escape her husband. He asked her if she’d rather die or have her nose cut off. She chose death, so to spite her, he cut off her nose, and left her to die.

My mind comes back to the present time, where Linda Sarsour (pictured on the right in all her feigned glory at the pulpit) is organizing the march on DC by feminists, whilst wearing a keffiyeh, a symbol of women’s oppression by Sharia Law. She has, countless times, tweeted very positive things about Sharia Law, and is an outspoken advocate for Sharia Law on American soil. Why is this Muslim woman, who supports such an oppressive set of laws, also claiming to be for the rights of American women? Especially in regards to government funded abortions and birth control? The answer is quite clear. Muhammad’s instruction to Muslims in the Middle East was: Spread Islam through the sword if it cannot be spread through the word of the prophet. These days, they do it through coercion and shaming, and the liberal use of the word “Islamophobia”, which my spell checker still refuses to acknowledge as a word.

I’ve talked a lot about Sharia Law, but now let me show you what it says that directly conflicts with women’s rights and by default, The Constitution of the United States. To begin that, I will regale you with a radio broadcast I heard just the other day. It was on NPR (because I keep a finger on the pulse of liberal radio news) and that day they were interviewing Mansoor Shams, a former Marine and a Muslim, whom aside from being a Muslim youth leader, is a self-appointed ambassador, and travels the country holding up a sign that says “Former Marine, Muslim, Ask me anything.” When asked what Mansoor’s typical inquiries were, he stated that Sharia Law was the most frequently asked after. The interviewer asked what his answer on that subject was to passersby, especially when met with the statement, “As long as you don’t bring Sharia law here.” He said, “Well, let’s talk about that. Great question. I want that, you know (Sharia Law in the US). So do you know what Sharia law is? So I told her, it’s literally a path to life-giving water. It’s like the Ten Commandments for Muslims. It’s nothing to be enforced upon anyone. It’s a moral code that I follow for myself as an individual.” Ok, Mansoor, since you live your life by the “Muslim 10 commandments” (there are way more, by the way) Lets go ahead and put a few of the laws of Sharia next to those 10 commandments and see just how similar they are.

• A man can marry an infant girl and consummate the marriage when she is 9 years old.
• Girls’ clitoris should be cut (Muhammad’s words, Book 41, Kitab Al-Adab, Hadith 5251).
• A woman can have 1 husband, who can have up to 4 wives; Muhammad can have more.
• A man can beat his wife for insubordination.
• A man can unilaterally divorce his wife; a woman needs her husband’s consent to divorce.
• A divorced wife loses custody of all children over 6 years of age or when they exceed it.
• Testimonies of four male witnesses are required to prove rape against a woman.
• A woman who has been raped cannot testify in court against her rapist(s).
• A woman’s testimony in court, allowed in property cases, carries ½ the weight of a man’s.
• A female heir inherits half of what a male heir inherits.
• A woman cannot drive a car, as it leads to fitnah (upheaval).
• A woman cannot speak alone to a man who is not her husband or relative.

As those of you that are blessed with astute observational skills can see, there are 12 “commandments” of many more, just surrounding a woman’s rights when it comes to Sharia Law, and it dictates that they have no rights. “A woman cannot drive a car, as it will lead to Upheaval.” In other words, don’t allow her to do anything that will develop skill, she will get crazy, and ask for more rights, and we can’t have that. Sharia has many more laws, quite a few of which have dismemberment of offenders, punishment by death by stoning, beheading, to include any “Non-Muslim”. So, while Mr. Shams wants you to think it’s not a law enforced on everyone, in point of fact, it is.

Those for Sharia Law in the United States say that it will, in fact, trump the law of the land, and will be allowed to be enforced in Muslim districts. DISTRICTS: as in, their own city states, separated from American law and people. Do we really want that in the U.S.? My answer is a resounding NO. Not because I want to oppress a people, but because allowing a law to trump the current law of the land to exist that is already oppressive in nature would cause many more issues within the United States. There would be no coming back from it, because we will have a law in place that dictates that those who do not follow it are to be put to death… The “NON-MUSLIM.”

What does all of this say to me? It says that Linda Sarsour, a Muslim woman, has no interest in women’s rights. If she did, she would first be attacking the system in place that oppresses Muslim women in Islamic republics across the globe. It says that Mansoor Shams is either attempting to mislead the general public about Sharia Law in an attempt to bolster public opinion, or he is sorely misinformed as a Muslim (doubtful). Last, but not least at all, it shows me that Western women have no concept of ALL WOMEN’S RIGHTS, just their own. If they were true American feminists, they would want to liberate the women in those 3rd world lands with their drive for success, equal opportunity, and equal rights. They would be raising money to combat human trafficking of young girls and women (those rescue operations are conducted mostly by men, globally, who ask for no recognition). Instead, they wear stuffed vaginas on their heads and make vulgar signs suggesting that Mary the mother of Jesus should have gotten an abortion so that we wouldn’t have to deal with Christian morality in the law of the land to begin with, placed there by the founding fathers.

Just an afterthought (because I am not stricken with Islamophobia), having worked with and around Muslims my entire life (both good and bad): We can live and work together, and we can do so in the United States, under American Law i.e. THE CONSTITUTION. I have met many with the same life goals and skill sets as hard working conservative Americans. People who would make great Americans themselves one day. Why? Because they truly understand what oppression of political ideology is and fight quite ardently to escape from it. They seek American citizenship the correct way and understand that becoming an American means accepting our system and our values, rather than change it to make it mirror the ideals of their previous homeland. Why do these Muslims in prominent social positions push so hard for such oppressive laws in the U.S.? I’ll leave it to you, minus the objection of the “tolerant left” because this offends their sensibility, to decide.

John is an 8 year Infantry Combat veteran of the United States Marine Corps. He currently owns and operates his own private security firm out of Tampa, FL.