Grammy Awards Producer, Ken Ehrlich, had urged political ‘passion’ at the awards show. He probably didn’t expect this, though.

Ehrlich, in an interview with Variety magazine, had said ‘bring it on’ with the political commentary:

In a fraught moment of political protest across the country, the live mic at televised award shows has become a potent weapon.

As such, Grammy Awards producer Ken Ehrlich has a message for those who will take the stage on Sunday’s ceremony: Bring it on.

Ehrlich has no reservations about political messages or anti-President Trump statements flying during CBS’ three and a half hour Grammycast. Artists expressing passionate opinions about real-life issues are the stuff of memorable moments, he said.

“One of the tenets of our show is artistic freedom, and over the years we’ve shown we do believe in it,” Ehrlich told Variety. “How many more times do we need to hear ‘I’d like to thank my publicist, my agent, my wife and kids.’ The great acceptance speeches are ones that have a point of view and are more personal.”…

…“One of the things I’ve learned from working with artists for 40 years is that they are deep-thinking, vital individuals who have interests that cover a broad cover a broad spectrum of subjects and passions,” he said. “We should certainly allow for it on the broadcast.”
Read more: Variety

The uber-liberal Hollywood Elites have been quick to shun Trump supporters, and denounce those that don’t denounce the President.

Those on the Right of the political spectrum have a different view. They believe in freedom and will support artists that stand up for our President.

Usually, the Grammy Awards recognize stars, this time the red-carpet made one.

Singer, Joy Villa, made quite a statement on the red carpet.

She had a white cape covering her gown, and when she flung it off she revealed… 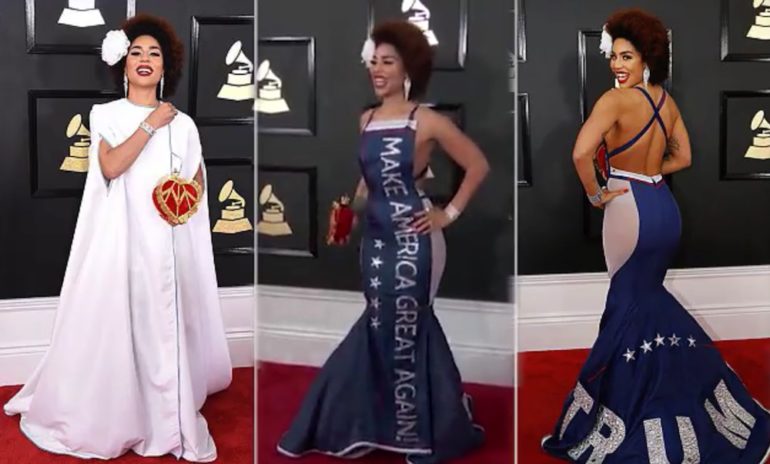 …an amazing Make America Great Again dress with Trump on the train.

As of the writing of this article, her album, I Make The Static, is now #1 on Amazon in the ‘Bestsellers’. 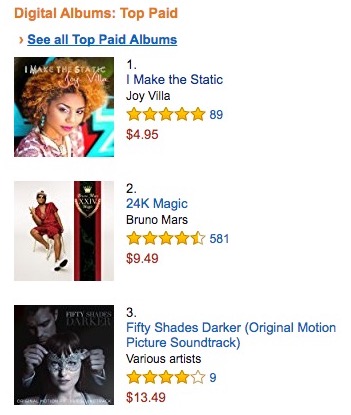 Her album has had a 54 million per cent increase in sales.

As a matter of fact, she is completely dominating the ‘Movers & Shakers’ list: 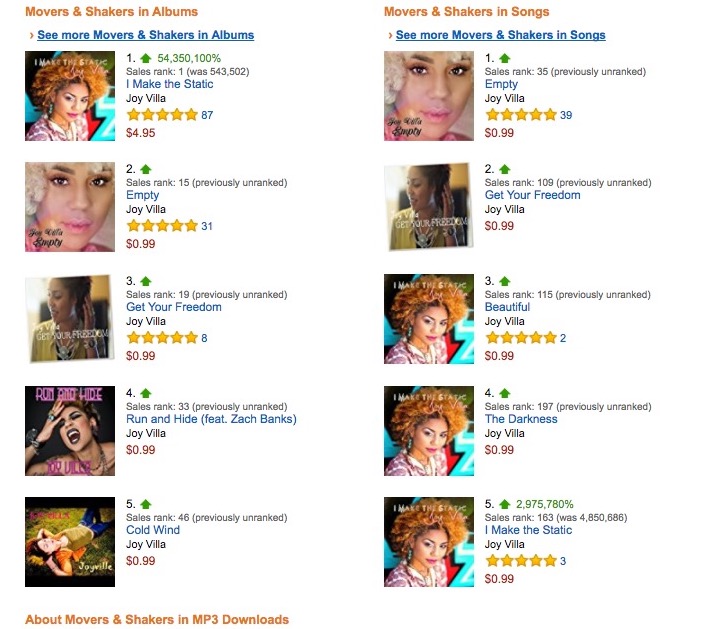 She’s pretty good, too. Check out her video for ‘Vagabonds’:

The MAGA dress was designed by a Filipino immigrant!

Could it just be a publicity stunt? Maybe.

She’s worn controversial outfits in the past, like the one made from an orange plastic snow-fence: 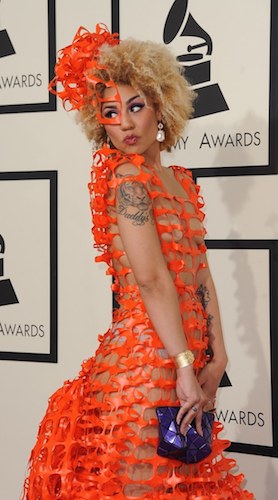 But the bi-racial singer was still willing to wear a dress that overtly supports our President, and to that I tip my hat.