Because ‘Patriots’ can’t win unless they get help from the Russians… Right? 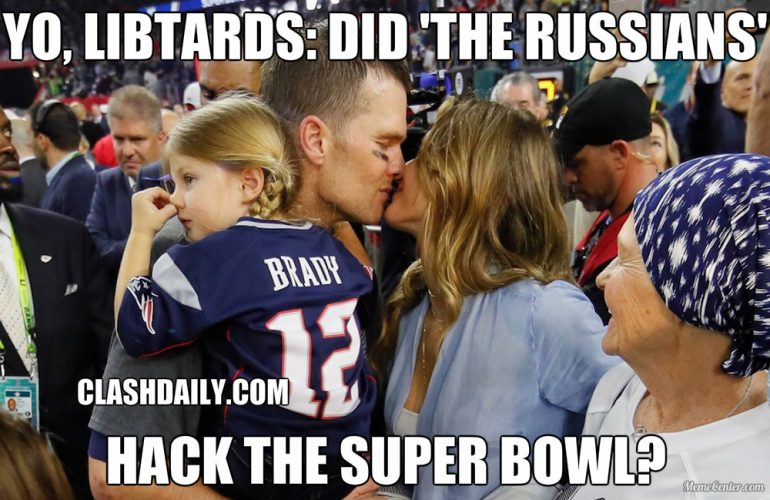 Or was it the fault of James Comey like Bill Maher suggested?

I can't believe they blew that lead. I blame NFL commissioner James Comey.

Or maybe the Patriots did it with skill, a bit of luck and had the fans backing them.