This is the ground in which Free Speech gets tested. Weigh in… while it’s still legal!

In the aftermath of the London attack, a photo was circulated about a certain woman walking beside a casualty while looking at her phone.

We ran that story. The point was, photos are a snapshot in time. No context is given.

In that window the world was given, we saw a woman in tears. Another on her phone while tending to the victim. And this woman on the phone.

If it was a blonde chick in Daisy Dukes chewing gum and looking at her phone while walking by? We would have judged her too. That pic looked cold.

Like it or not, the attacks of this nature that have been splashing themselves across headlines worldwide with have a running theme. None of them are Taoist, Shinto, or Hindu. We’re not seeing Sikhs and Pentecostals and Zoroastrians blowing things up, or stabbing strangers in the name of a better afterlife.

But the woman in that picture contacted the news. And a release was sent out.

We have been contacted by a distraught young Muslim woman who was pictured walking on Westminster Bridge just after the terrorist attack yesterday which was carried out by West Midlands based terrorist, Khalid Masood.
The young Hijab wearing Muslim woman was pictured as she walked past victims and the circulated picture, which was used by anti-Muslim bigots and news agencies, has undermined the confidence of an innocent young woman who was also caught up in the melee after the attacks. The reality is that the victim has informed us of her shock having seen and walked into the incident and her further distress on having her pictures circulated by US and UK based anti-Muslim haters. In fact, pictures were also circulated of her with Nazi Swastikas around her arms, thereby playing to anti-Muslim tropes of all Muslims being extremists and potential killers.
Sadly, press sources have also used her pictures and the victim has expressly asked that her picture not be used and be taken down from such sites. The greater the exposure of the picture, the greater has been the harassment and the intimidation of this young Muslim female who found herself in the middle of a situation that affected the whole country.
This scenario shows how heated and charged the whole situation around Muslim communities has become where a young Muslim female has in the eyes of some, become the focal point after a major terroriist ncident. This is not only perverse, it fetishes Muslims from being citizens and Londoners, into bestial characters, which feeds the cycle of hatred against Muslims.

You live in the country where the freedoms that trace back to the Magna Carta came from. Where people once had equality under the law. Where THIS SOB (the one that was mistakenly named as the Attacker from the Bridge in London) was free to preach hate on the streets, until he later got himself arrested for terrorism connections, but Christians preaching from the very version of the Bible that was TRANSLATED into English under the Authority of King James were arrested and fined.

Actually, the fear of ‘Islamophobia’ was one of the reasons authorities were so slow to act.

a) like the government is being heavy-handed in treating Muslims. In fact they and the news agencies were pretty damned careful not to say ‘Mulsim’.

b) like there’s much attempt to fit in to the society that was attractive enough that you (or in some cases, your ancestors) wanted to move there.

When MUSLIMS are marching IN ENGLAND demanding a CALIPHATE!

Either your rage is misplaced and ought to be directed at THEM.

Or… maybe you are one of the 60+ percent that this guy warned us about… the Muslims who — in a government poll — said that they would NOT notify authorities if someone they knew wanted to join ISIS.

We have free speech here. It’s that thing your religion tries to eliminate. Like you just did in Canada.

We intend to use it.

Your face was in public. You were photographed. It’s called fair use.

We will publish YOUR face, if we choose. 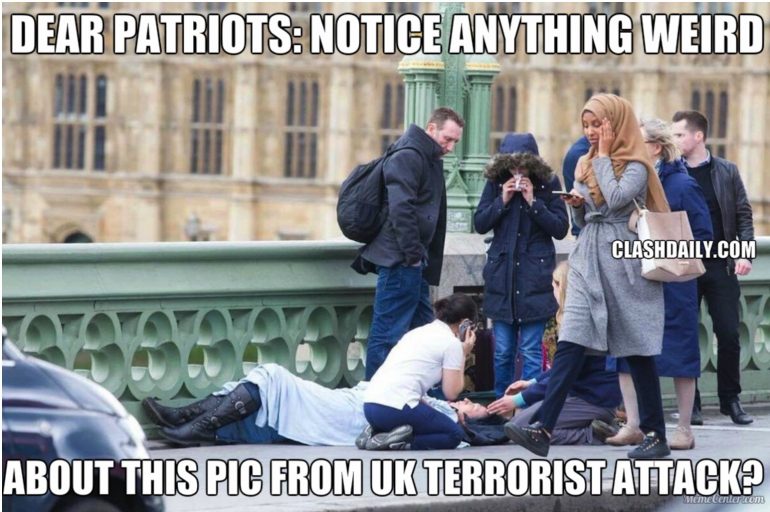 We will also publish THIS face, if we choose. 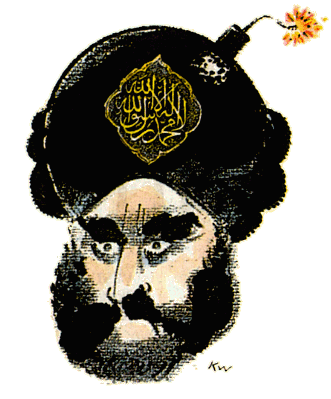 Even if your crowd — in their Tolerance — burns down embassies over it. Because this is America. And we can. Deal with it.

Back on Suckistan? They can’t do those things. Maybe you prefer their rules? If so, plane tickets aren’t that expensive. Deal with it.

Now that you have a soapbox? Maybe you could call for Muslims to stop murdering unsuspecting citizen of foreign countries.

Want a list of the Muslim atrocities we’re talking about?