You know you’re doing something right when ISIS puts a bounty on your head.

Trying to storm the borders of Europe? You’ve come to the WRONG border.

Bulgaria is done letting fake Refugees swarm their borders without requesting entry to the country. Not only did they build a fence, but they have citizens patrolling the border.

Bulgaria’s border police have given an award to a voluntary border patrol which detained 23 refugees near the country’s border with Turkey, border police chief Antonio Angelov said on Thursday.
The border police chief however told the volunteers, who are part of the nationalist Organisation for the Protection of Bulgarian Citizens, to inform the police next time they go on patrol in the forests near the border so that the authorities can react quickly if they spot a group of migrants again.
“I want to encourage them, because they have reacted very appropriately. The group [of migrants] was very calm, but it is not always like that,” Angelov told Bulgarian Nova TV. —Source

And now, one of these Citizens has a brand new toy. 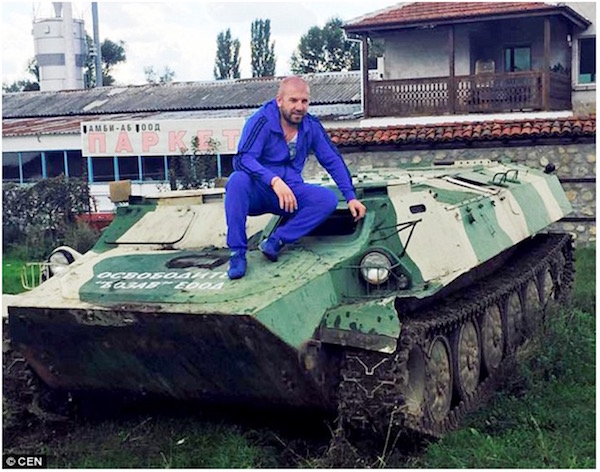 Even though that is cool. (He’s got two of those.)

He’s taken to the sky. In this. 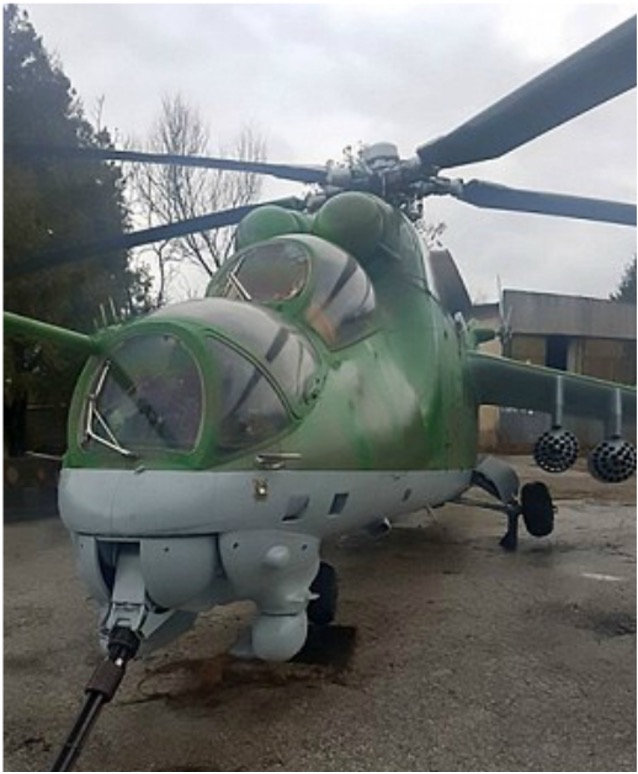 You think a helicopter gunship might scare the crap out of your average wanna-be Jihadi Joe?

Here’s a little more about the guy himself:

Dinko Valev is a 29-year-old vigilante cowboy from Bulgaria who was forced to constantly patrol his land after Muslims kept trying to invade it and take it over. The professional ex-fighter considers all of these migrants as “potential jihadis,” and amazingly, was recently given immunity by the Bulgarian government to defend his property and literally hunt down any vermin he catches trying to invade his land. But the weapon he’s using to defend his life and property is so badass, it will make you wonder if this guy might just be an American at heart.

The migrant hunter who has a bounty on his head by ISIS recently purchased himself a helicopter gunship that he uses to patrol his land for “potential jihadis,” where he frequently posts videos of himself chasing down migrants who dare to step foot on his land. The former professional wrestler doesn’t give a flying crap about political correctness as he flies around in his chopper, and has become a local hero to other Bulgarians who are growing increasingly concerned with their country being invaded by Muslims terrorists. — Last Deplorables

Dude has some fun toys.