The first rule of the Clinton Klan is that you put media items out there to gauge public perception of things you plan to do before you do them. Nothing is organic or grass roots. Nothing gets left to chance. If say, Terry McAuliffe was one of the first-string contenders to run against presumably President Trump in 2020, the Clinton Klan in 2017 would ease a few items out into the media to check the public’s pulse.

Who Else Do They Have Anyway?
At 60 years of age, Terry McAuliffe is among the youngest members of the Democrat Party’s first string. Bernie Sanders is almost an octogenarian. Joe Biden is in his mid-70s. Jerry Brown (yes, there are Democrats that think he may be their next great hope) is 78 this year. Elizabeth Warren is almost 70 and right around Hillary’s age.

Did I mention Hillary Clinton? Now that Tom Perez is running the jack-ass party, make no mistake about it – whoever runs in 2020 will have to have the Clinton’s blessing. That means Corey Booker is out. So is Sherrod Brown. Unlike most Democrats, Tulsi Gabbard is smart enough to hold fire right now and run for President later. Michelle Obama is in her 50s but she is a) too lazy to run for office and b) more powerful as an unelected oligarch working behind the scenes than she’d ever be as the most flawed candidate since Hillary climbed into a Scooby van headed for a Chipotle in Ohio.

Terry McAuliffe then is a Clinton under a different name and, like Jerry Brown, his name has been floated as a candidate for 2020. Democrats simply don’t have many other options to choose from.

Posterboy Democrat
Terry McAuliffe is the ultimate Democrat. He worked on Jimmy Carter’s failed 1980 re-election campaign. Then, like so many people connected to the Clintons, he got very rich very quickly through dubious business deals. Moving from the shadows into the spotlight Terry made a name for himself:
– He was the guy that was taking his wife and newborn home from the hospital, stopped off along the way and left wife and baby in the car, so that he could attend a Democratic fundraising event. Even though his wife was in tears, Terry rationalized, “but it was a million bucks for the Democratic Party.” I guess even a wife and newborn have a price tag in the Democrat’s world.

– He entered into a shady deal to try and sell these: 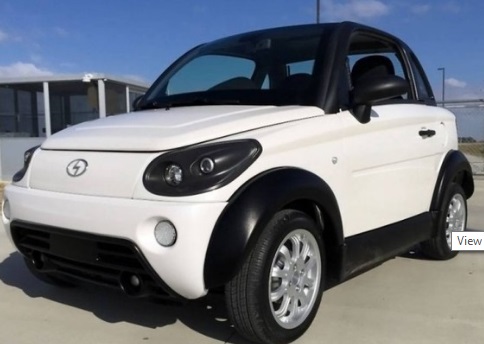 Never seen one of those on the highways and byways? That’s because like all things Democrat, GreenTech Automotive was and is a scam. GreenTech is currently down to 50 employees having recently laid off 20. They’ve sold zero cars. (They have manufactured 25 but apparently even liberal climate change zealots aren’t willing to buy them.) They are defaulting on government-backed loans and in the process they are destroying the Mississippi community Governor McAuliffe made sure GreenTech set up shop in.

Find it curious that the Governor of Virginia would go out of his way to put a car plant in Mississippi? It’s not. It’s kind of like how Democrats only show up in blighted urban communities of color around election time – hot sauce on hand – deploy their optics, and then hurry back to liberaland as fast as they can afterwards. Democrats hold true to the old adage, “don’t s*** where you sleep”.

In truly Clintonian fashion, GreenTech is less about making cars and more about making a lot of money for Terry McAuliffe and Democrats. At least $37 million was raised for GreenTech from Chinese investors through a very questionable arrangement involving fast-tracked federal approval. In exchange for their investment, McAuliffe made certain those Chinese nationals received two-year green cards for themselves and their family members.

With $37 million in investments, why would GreenTech need for the state of Mississippi to provide loans and other financial backing? (Another reason McAuliffe didn’t try and put GreenTech in Virginia, no doubt, was so to dodge negative press while running for and serving as Governor of Virginia.) Chances are that the $37 million was esssentially laundered through GreenTech to eventually pay for McAuliffe’s gubanatorial campaign and fund his Clinton Klan lifestyle. McLean, Virginia where he lives, right outside DC, doesn’t come cheap.

GreenTech is but one of many scandals dating back to the 1990s awaiting in Terry’s closet. Guess who helped bankroll the Clinton mansion in Chappaqua? Yep, there is a scandal waiting there too. And with his involvement in The Clinton Foundation. Both Bill and Hillary’s Presidential campaigns. His work as Virginia Governor. And so on and so on.

I can think of no better Democrat they’ve got to run for President.