Ashley Judd likes college basketball… and at the Nasty Women’s March, she made it clear that she DOESN’T like the sitting President. What happens when worlds collide?

For Ashley Judd, it means the birth of a new phobia.

She merged her fear of all things Trump and the projection of evil on all Trump-supporters. 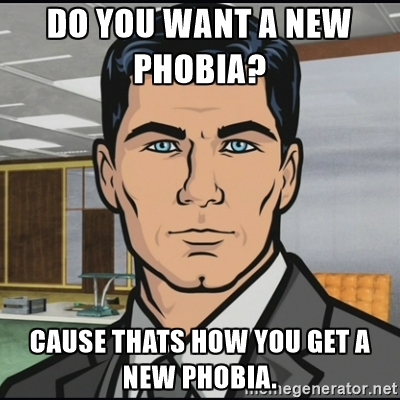 In a rather long, (and shockingly coherent) Facebook post, Ashley Judd shares her sadness and fear about interaction with a — gasp! — Trump-supporter.

An older man with white hair came up to me at my seat today at a basketball game. He said “May I take your picture? I said “Yes.” And before I could offer for him to be in the picture with me, 6 inches from my face, he took my picture with his phone. He said “I’m from Big Stone gap.” I said, “I love Big Stone Gap! What a beautiful town, I loved making the movie there.” I went on to say how good the cooking is, mentioning, of course, the pineapple upside down cake and pumpkin pie!

In my mind I was getting ready to ask him about the national parks and if he ever spends time in especially the Thomas Jefferson National Park – but something inside of me was already clenching and I concluded by simply saying “I like Big Stone Gap. ”

He said to me with open hostility as he was backing away, “We like Trump.”

Of course, it’s very clear now that as I was being friendly and talking, his affect was angry, and he certainly didn’t respond in anyway to my general enthusing about his little Appalachian town. And it’s also clear that his entire approach to me and aggressive sticking his phone 6 inches in front of my face to take my picture was a part of his plan to treat me with rudeness, aggression, and disrespect. Who knows, maybe he’s already done something undignified with the picture or maybe it was just a pretense so he could say something menacing to me.

I feel very sad that this happened, and frankly scared. We absolutely need apolitical spaces in this country where we come together for something that is beyond who voted for whom and the platforms, beliefs, and agendas of respective candidates.

Can you imagine the horror?

An older man politely asks her if she would permit him to take a photo of her, and then engages her in conversation, the bastard!

Once he said, ‘We like Trump’, it was suddenly all painted as hostile.

She goes on to say what she could have done but didn’t because, well, she’s such a good person:

I could’ve easily retorted to this man, for example, with “Well, I know everything I need to know about you now, Sir, you voted with the KKK.”

Or perhaps another shot, such as “Well, I voted with the popular vote which you lost by the widest margin in American history.” And dragged in his charming town like he had – “sorry to discover Big Stone gap is
full of misogynists like you.”

And his “we” in “we like trump-” he’s one guy and invoking the royal “we” is a tactic used to intimated.

And I could have said, “We? Half the folks didn’t vote; and more than half who did voted the other way.

Pull out the issues check list and show me who your threatening “we” is, person by person.

Instead, I turned to my uncle who, by the way, is a Baptist preacher and a Democrat – yes, those things occur in the same person and in the same family, – and said “I need a hug.”

Y’all know who I am, what I believe, and what I fight and risk for.

After her unhinged rant at the Women’s March in January, you’d think she’d have experienced a few more people cautiously interacting with her.

She’s said some pretty unbelievable things that were very insulting to President Trump, even insinuating pedophilia and an ‘incestuous longing’ for his own daughter, Ivanka.

How do you separate the woman from that weird rant?

Perhaps this gentleman from Virginia couldn’t either.

Maybe that’s why it was such an awkward exchange.

Ashley Judd says this is what she believes, what she fights and risks for, but she couldn’t handle it and need a hug.

So much for strong, nasty woman.

Protect and shelter me in your arms, uncle!

The man scared me!

And now she’s tagging things with a #nopoliticshere hashtag.

I’m sorry you feel that way. #basketball should be a space we all hang out together & love our team. #nopoliticshere we have breaks https://t.co/v4LaOu6dnx

We feel the same way.

And what about left-tilting ESPN?

Do you have a problem with those, too?

What about Beyoncé’s little tribute to the Black Panthers during the Superbowl Halftime Show?

Were you ok with that, Ashley?

How many years have conservatives been subjected to this at concerts?

Because right now, all you leftist just sound like white noise.

Hey, Ashley… when you’re finished your hyperventilating over your interaction with a ‘scary’ Trump-supporter, read this. It’ll do you some good.