Is there something familiar about that face?

Chances are, you heard news about the White House Intruder.

Did you happen to see the police sketch? Have we seen that face before somewhere..?

You tell me if it looks familiar. 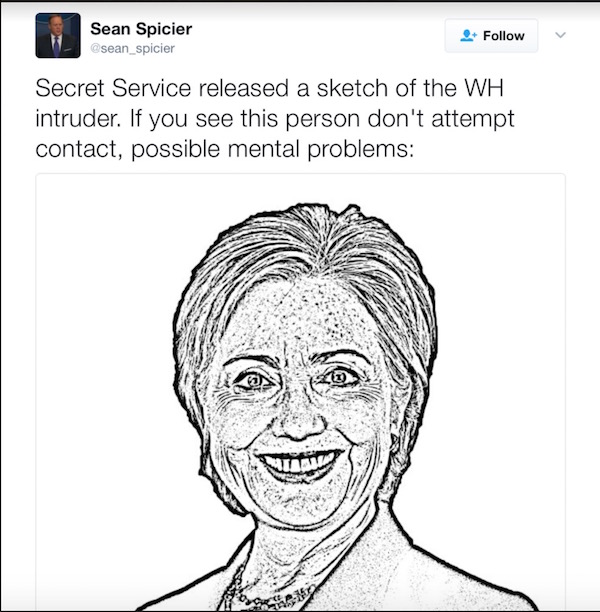 Seriously, though. You KNEW it wouldn’t REALLY be her. The only place you’ll see here there in the next Four Years is if her husband picks HER (and not someone younger) as his ‘+1’ for any official functions.

Well, there’s also whenever Trump trolls her by greeting people in front of her portrait. 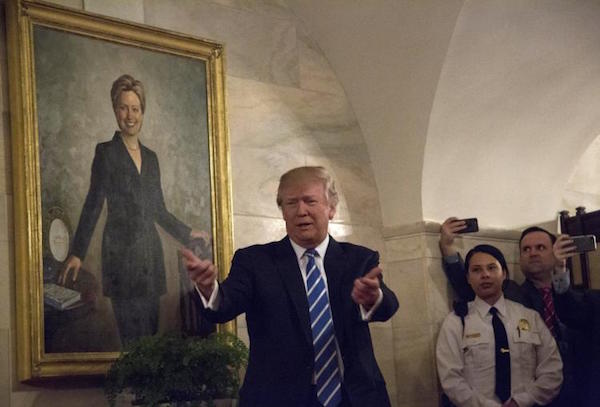 Was there a scare about an intruder to the White House?

Actually, there was. But it was handled.

The intruder was arrested on the south grounds without incident and no hazardous materials were found in the backpack, the Secret Service said.
Mr Trump and Homeland Security Secretary John Kelly were briefed on the incident.
Court documents identified the suspect as California resident Jonathan Tran, 26. 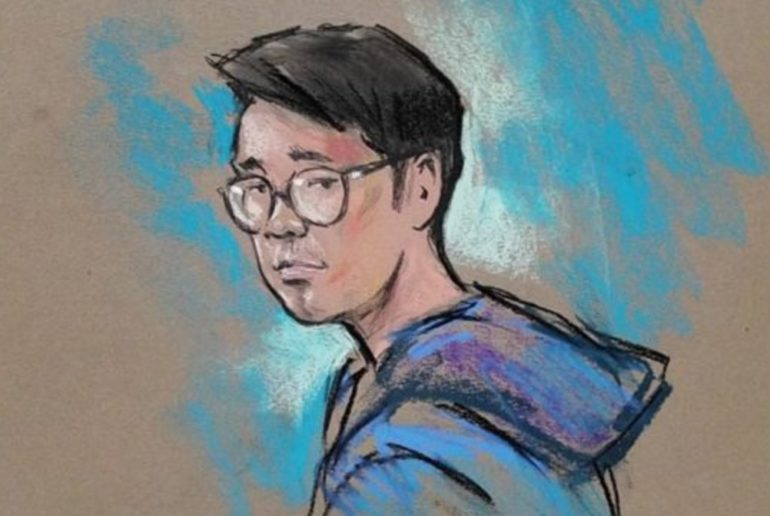 All is well. Crisis averted.

As for the real crisis? THAT one was averted on the 8th of November.