Do you remember a time when we were told by liberals that attacking women for what they wear was misogynistic? These liberals don’t.

Liberals used to fight for free speech and to not judge women on their outward appearance.

Now they are dividing themselves up into little special-interest groups and have no unifying philosophy. They are the ones silencing opposition views and ‘slut-shaming’ women.

It’s up to Conservatives to take up the mantel against these Liberal bullies.

The Media (D) excoriated Ivanka for buying a dress by a French designer, and Twitter went crazy with people criticizing her style choice.

The $3,000 fuchsia dress was quite the transformation from the red, business-like pantsuit she sported earlier today as she and Melania attended a pro-women bill-signing ceremony at the White House.

Both the first lady and the first daughter dressed to the nines for Donald Trump’s speech, with Melania sporting a sequinned, black Michael Kors suit, and Ivanka wearing an off the shoulder dress from French designer Roland Mouret Rawlings…

…Her gown flies in the face of her father’s message to ‘buy American, hire American’ at Congress.

It also sparked controversy on social media where some questioned whether a ‘cocktail dress’ was suitable for such an important occasion.

Others mocked the image saying it looked like a ‘prom picture.’
Read more: Daily Mail

Here is the photo that Ivanka posted on Instagram: 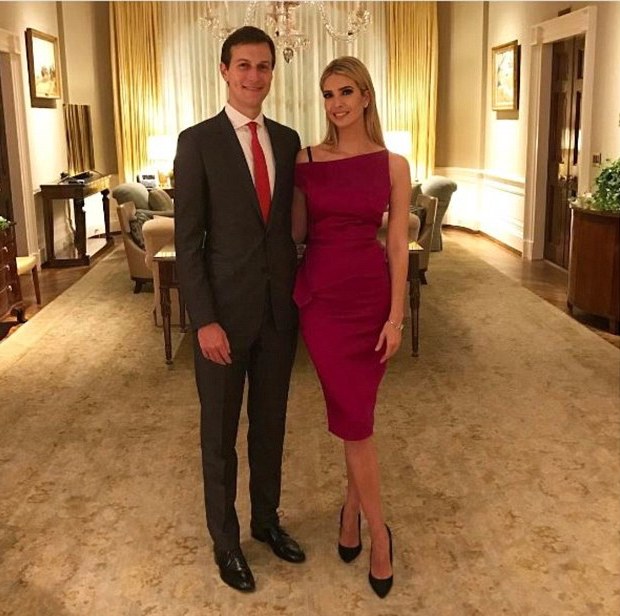 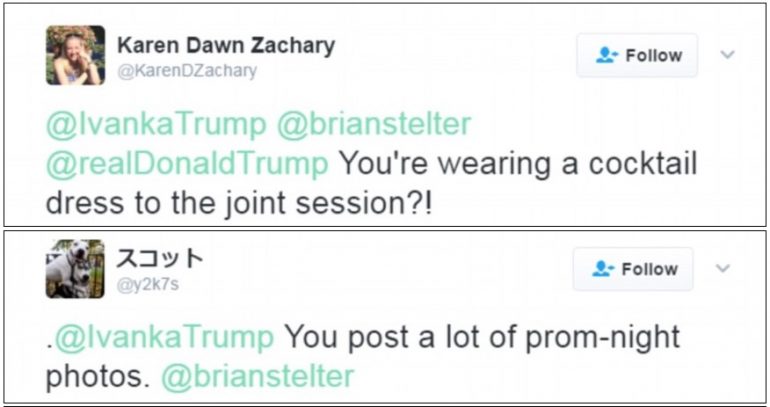 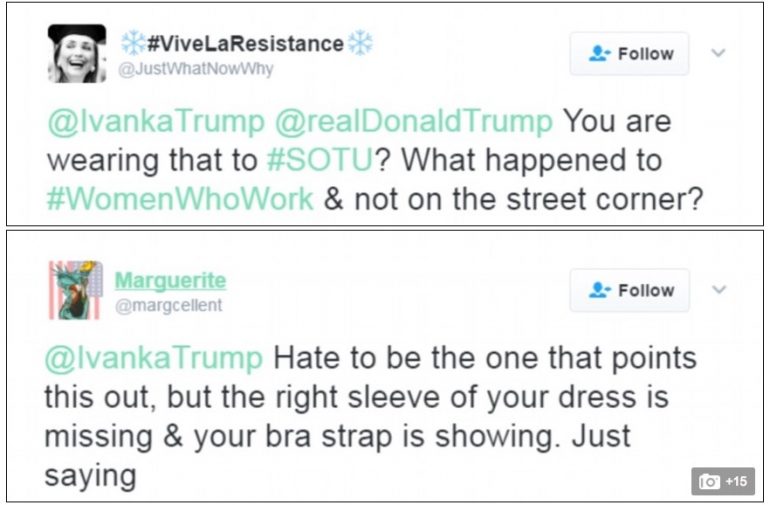 Remember kiddies, these are the people that thought ‘Crooked Hillary’ was a good choice as a Presidential Candidate.

If you know petty people like this, do them — and yourself — a favor: