THIS is Master-level trolling!

Is it real, or is it photoshop?

Either way, the point he’s making has gone viral.

Here’s what he posted that is getting so much attention.

(He uses a couple of ‘naughty’ words. If that bothers you, you’ve been warned.) 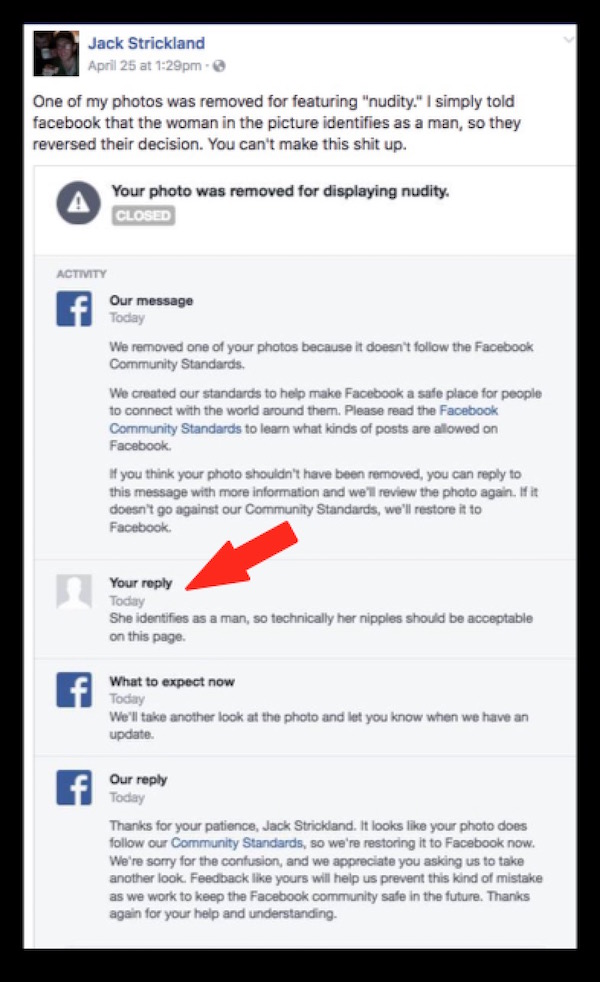 Facebook censors women’s nipples, but not men’s. (We’re with you so far.)

Facebook buys into the Intersectional Feminism movement that claims gender is ‘fluid’. i.e — if you ‘identify’ as a guy, or a chick, or both then that’s what you ARE.

Either Facebook really DID make this reply, or it was just so typical of Leftist-conformism that it was entirely plausible that they WOULD give such an answer.

Either way, his point is made, isn’t it?

Facebook is quick to censor… but if you can show that your cause has the support of the left, you are shielded from such censorship.

Wouldn’t it be easier to just support Free Speech?

It would… if the Left actually believed in it.