She COULD have just shut her yap and avoided the smackdown altogether. But then we wouldn’t be laughing at her now.

Shutting their yaps? Nope. Not something political know-it-alls do very well.

They have to make an issue out of EVERYTHING.

One soldier happened to ask (politely) whether the establishment he was in offered any discounts for those who wear the uniform.

Cue the Liberal outrage from the woman in line behind him. She made a scene. She probably wishes she hadn’t. 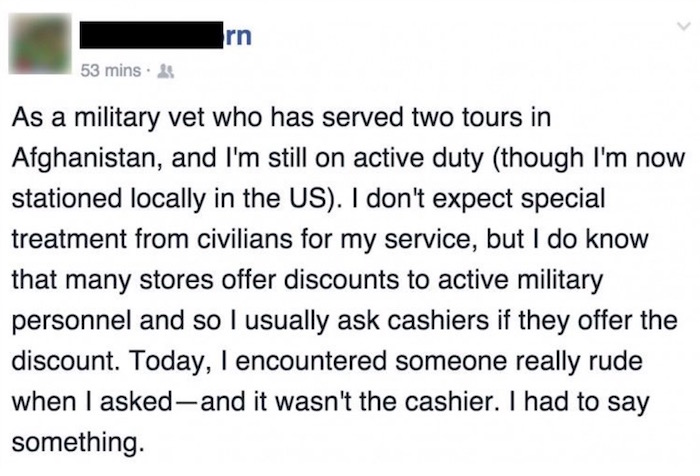 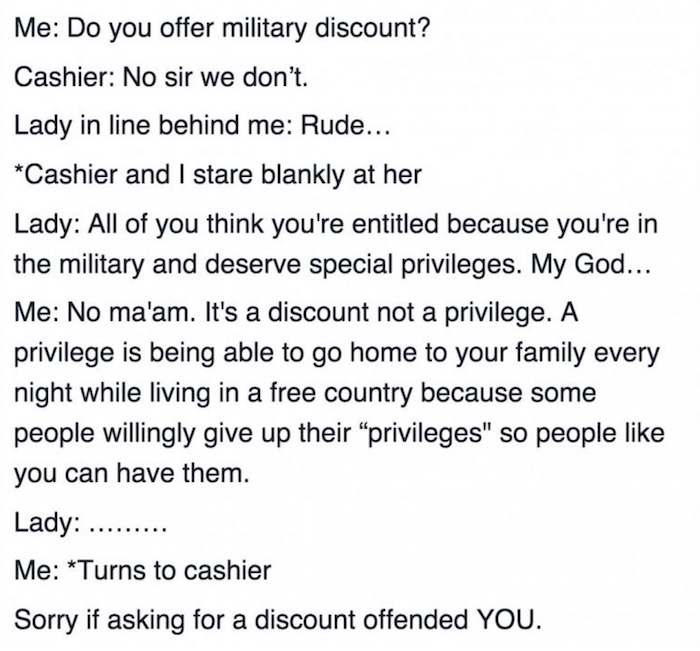 It was good of the other folks in line to right that wrong.

If the woman had any sense of decency, she would have chipped in herself after realizing what a harpy she was.

But most likely? She learned nothing from that exchange.