His crusade against Trump has backfired. ‘Bigly’.

Opening night won’t even cover the cost of the popcorn and soda.

It’s been a tough couple of months for Shia Labeouf.

His grandstanding ‘He will not divide us’ event, which was supposed to be Him Trolling Trump backfired. 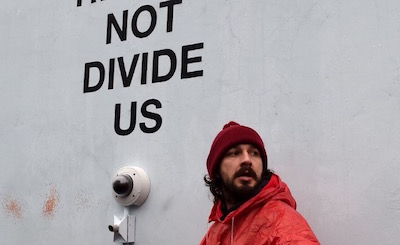 He became an internet laughingstock. He was, until just recently, facing assault and harassment charges over his reaction to people who trolled him back.

With THAT still hanging over his head, he played an international game of cat-and-mouse with his ‘he will not divide us’ live feed.

He lost. Repeatedly. It wasn’t even close.

Each time he put up a flag, it was located by internet-savvy trolls who crosschecked details like weather, flight paths, and bird species to identify the location.

He was taunted online with viral pics like these: 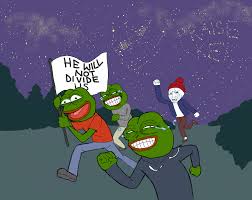 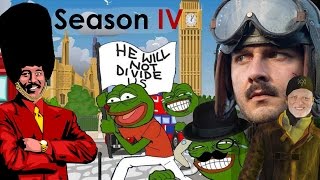 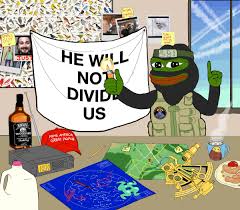 But at least he’s still got his acting. Right?

And nobody showed up.

“Man Down,” a war thriller with Shia LaBeouf, grossed just £7 ($8.70) when it premiered in a single U.K. theater over the weekend, according to ComScore. That’s the equivalent of selling a single ticket, given that the U.K. Cinema Association puts the average movie admission cost in the country at £7.21.

“Poor Shia,” said Paul Dergarabedian, senior media analyst at ComScore. “That opening could be in the Guinness World Records or something.”

The film played in one location, Reel Cinema in Burnley. It was simultaneously released digitally on demand, making the theatrical release something of an afterthought. It launches on DVD and Blu-ray next month, according to the Guardian. — Variety

Call Guinness. Could that be that an actual record? It would be tough to beat THAT!