Michelle Obama’s lunch program was so bad it had its own twitter hashtag.

Look through the #thanksMichelleObama tag some time to see some of the horrible messes that passed as lunch under her ‘improvements’.

Here are a few photos the ‘delighted’ children posted in ‘gratitude’: 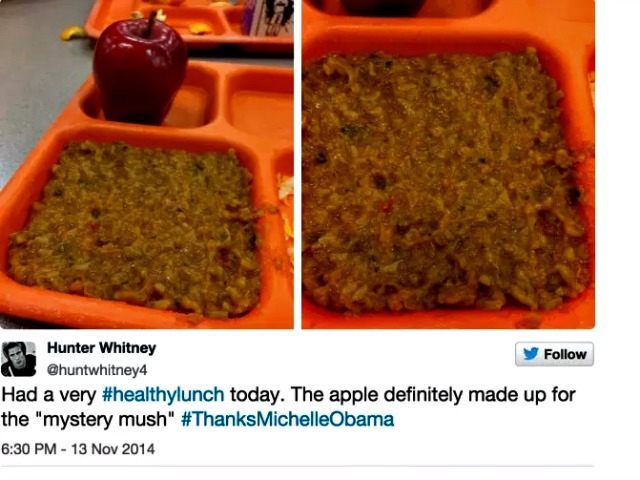 (at least they couldn’t mess up an apple)

Here is some ‘comfort food’:

(Doesn’t seem like the kid was very comforted by it.)

And while we are being lectured about American waste? (Remember — Obama once told us we can’t all ‘drive our SUV’s and eat as much as we want and keep our homes at 72 degrees at all times’.) What is the net result of her ‘improvements’?

People voted with their feet:

One Million kids DROPPED the school lunch program (either they weren’t as ‘needy’ as we may have thought’, or kids would literally rather starve.)

A BLACK MARKET developed. (It’s all about supply and demand.)

And schools lost money over it.

The food that WAS sent out — went here: 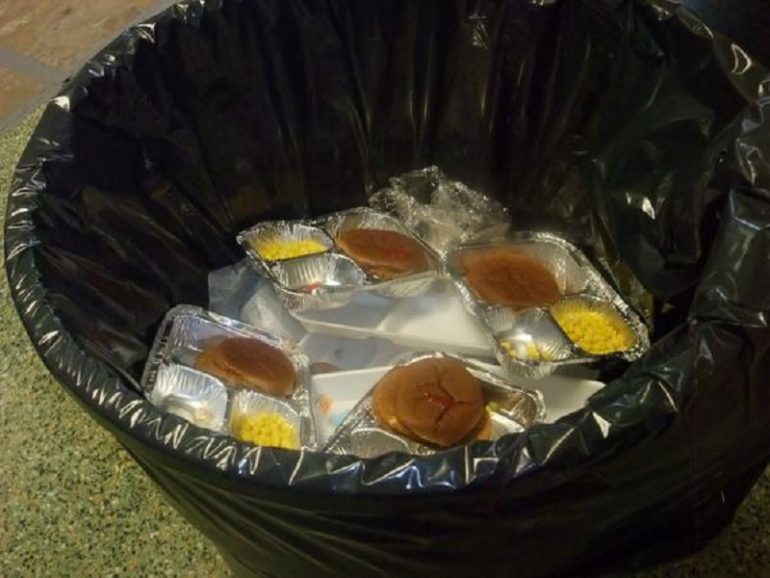 So, now that Barack and Co are no longer running the show, what’s to become of the lunch program?

Michelle Obama’s healthy school lunches could be on the chopping block with the Trump administration expected to announce new measures as early as Monday to ease the program’s regulations.
The US Department of Agriculture announced on Friday that its secretary Sonny Perdue is set to introduce new standards that will give schools more flexibility in relation to the National School Lunch Program.

Oh. Dear. Was using an image of her happy-dance to celebrate the demise of her program insensitive and hurtful?

You BET it was.