Liberals have been screaming about the crisis in Syria AND President Trump for ages.

It looks like President Trump’s action against the Assad regime is just giving Liberals another thing to bitch about. 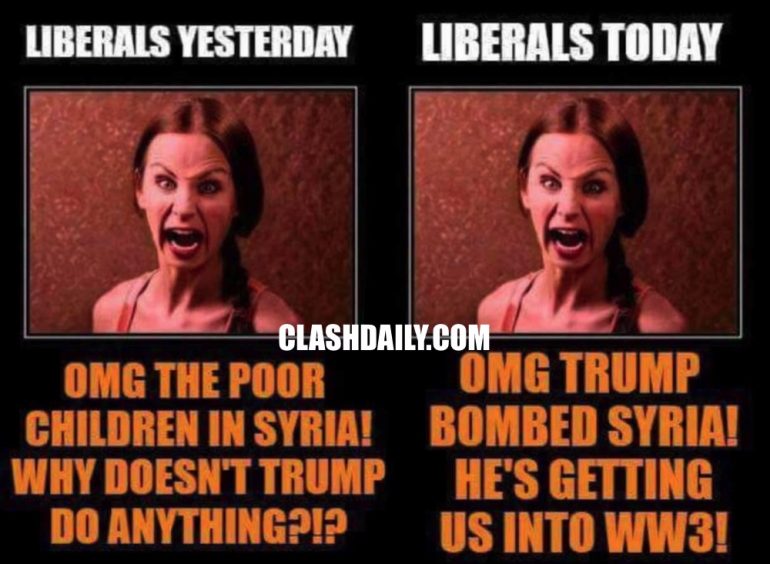 Do you think they’re going to shut up anytime soon?

They’ve just traded one outrage of President Trump and Syria with another.

Because in their eyes, he will never do anything right.

At this point, even if he were to agree with every point of their policy platform they would still complain — because he’s a Republican.

You know what Liberals need?

A good dose of reality: