Bill Maher, who likes Ann Coulter personally, but agrees with her on practically nothing, made this observation:

“This goes on all over the country on campuses. They invite someone to speak, who is not exactly what liberals want to hear, and they want to shut her down. I feel like this is the liberals’ version of book burning. It’s got to stop.” Maher said.
Read more: Town Hall

And of course, he’s right.

This isn’t the first University that’s shut her down. One of our own Clash Contributors was in Ottawa back when the University Of Ottawa (Canada) was among the pioneers in creating the perception of an unsafe environment, forcing security to recommend that the event be scrubbed. The tired accusations of racist were invoked.

Ann Coulter was the guest speaker whose event was cancelled there in 2010.

The tactic has been implemented again and again.

You will remember that Berkeley was set on fire because Milo Yannopoulis was speaking there. 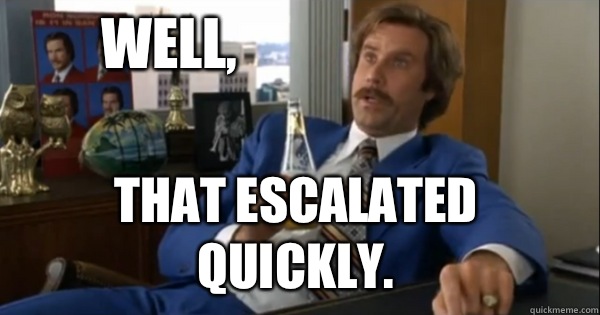 And now that she has made it clear that she will go through with her intentions of speaking there ‘come hell or high water’.

Law enforcement sources have told Fox News that there is a “99 percent” chance of violence on the campus of the University of California, Berkeley if conservative author and commentator Ann Coulter speaks on Thursday.

Once known as the home of the Free Speech Movement, UC Berkeley has become a virtual no-go zone for conservative speakers, from libertarian entrepreneur Peter Thiel (chased offstage by a mob in 2014), to gay conservative writer Milo Yiannopolous (shut down by riots in February). Berkeley administrators and police have refused to intervene to stop students and off-campus activists, and to protect the exercise of First Amendment rights.
Read more: Breitbart

Coulter is not backing down.

What’s even more telling is where she has decided to speak — she’s planning on speaking outdoors at Sproul Plaza, a ‘designated Free Speech area’ on campus and the site of the demonstrations that launched the Free Speech Movement in 1968.

Police are preparing for the violent backlash from Free Speech Deniers and the (increasingly ironically named) Antifa activists.

But why is it that the Left is terrified of a 100-pound woman speaking?

We think we know.

And it would be solved by all of those Free Speech Deniers putting down their weapons and reading this: