Man, that looks like a whole lot of work!

These two guys went to great lengths to get the rims.

What they didn’t know was that it was all captured on video surveillance.

The video shows at the 6:25 mark that the rims were recovered the same day.

They put the car on cinderblocks to steal the rims.

Can you imagine if these guys took this effort and put it towards a legitimate career?

Just think of the success they’d have!

It’s like those 4Chan users that troll Shia LaBeouf — they should be working for the NSA, not living in their mom’s basement thwarting the art exhibits of an actor. (Though, it is tremendously amusing!)

Obviously, some people have really missed their calling. 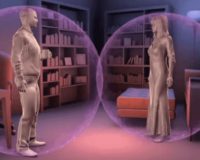