Are you really that surprised?

A trio of college students were arrested at an upscale hotel in Coral Gables, Florida, and charged with running a high-priced prostitution ring.

The co-eds, Acacia Friedman, 23, from the University of Miami, and her friend, Samara Charlotin, 19, of Florida International University, along with another U of M student, 21-year old Maury Noun were caught in a prostitution sting.

Noun, who is being called their pimp, was arrested at a separate location.

Charlotin, a Biology major with a minor in Criminal Justice, was also charged with drug possession when officers found marijuana and Oxycodone on her.

Friedman had posted a photo herself with Bill Clinton on her Twitter account. It’s unclear when the photo was taken, but Bill is wearing a Hillary lapel pin. He had made several trips to the swing state during Hillary’s failed Presidential run. 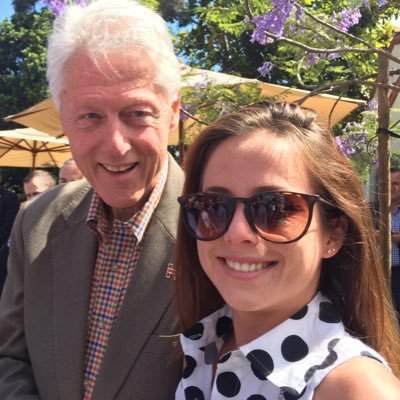 That’s just what happens when you hold up Bill Clinton as a moral authority.