Is there even a question about this?

Is Rosie an obnoxious pig?

All questions with an obvious answer.

It’s not just fabricating things that simply aren’t true, (though they do that, too,) it’s also the way the stories are shaped.

Then, how all of those ‘shaped’ stories, in turn, create the overall narrative.

It’s so bad that even Harvard, yes Harvard University of the ‘Graduation Segregation’ fame, has found that the Media (D) has been incredibly biased against President Trump in his first hundred days in office.

There was this interesting little tidbit in the report:

Trump is a journalist’s dream. Reporters are tuned to what’s new and different, better yet if it’s laced with controversy. Trump delivers that type of material by the shovel full. Trump is also good for business. News ratings were slumping until Trump entered the arena. Said one network executive, “[Trump] may not be good for America, but [he’s] damn good for [us].”

A network executive clearly spells out his own bias.

Here are a few of the charts that illustrate the bias nicely: 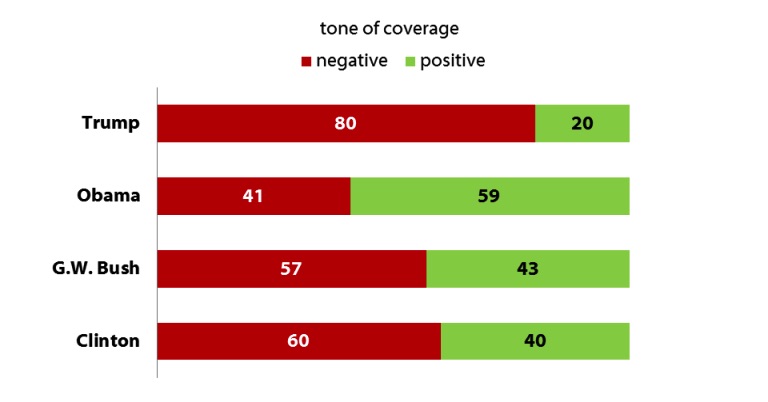 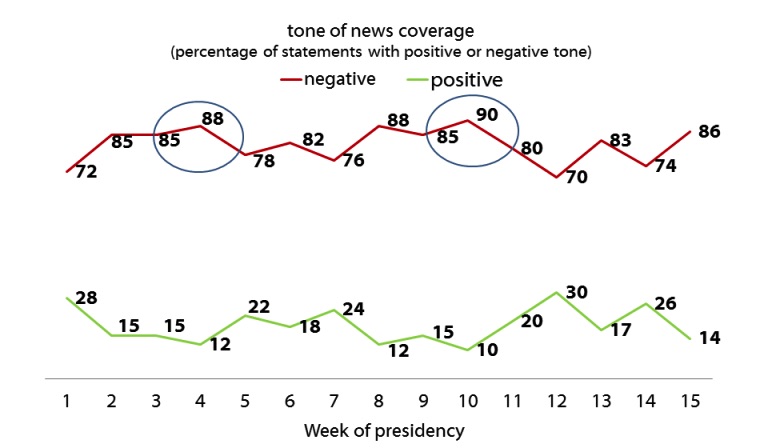 Fox News is the only outlet that had  ‘Fair and Balanced’ coverage, and according to the study, it was still 52 percent negative to 48 percent positive: 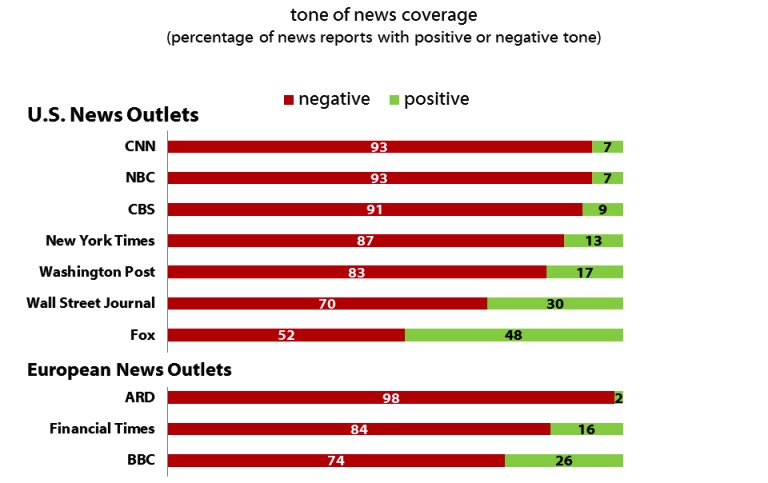 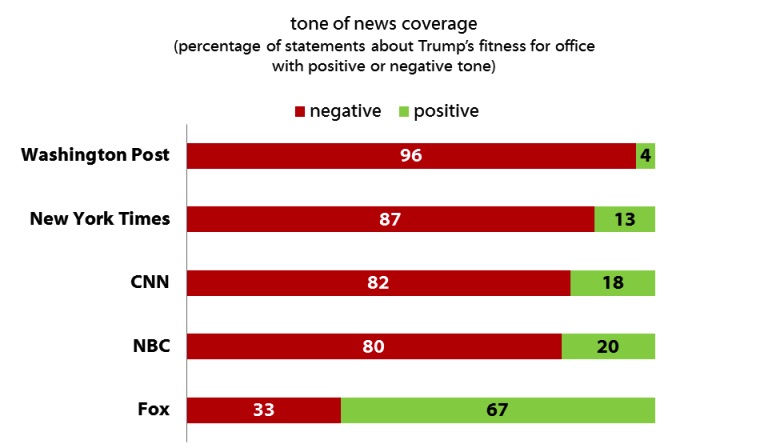 Here is a summary of their findings:

And in a shocking move, the Harvard study reprimands the Media (D) for not being an ‘impartial broker’:

…the news media need to give Trump credit when his actions warrant it. The public’s low level of confidence in the press is the result of several factors, one of which is a belief that journalists are biased. That perception weakens the press’s watchdog role. One of the more remarkable features of news coverage of Trump’s first 100 days is that it has changed few minds about the president, for better or worse. The nation’s watchdog has lost much of its bite and won’t regain it until the public perceives it as an impartial broker, applying the same reporting standards to both parties…

Finally, I give you the brilliant and highly entertaining Andrew Klavan, whose opening monolog from Tuesday, May 16, 2017 illustrates the Media (D) bias: (The relevant part is the first 3 minutes or so, but I completely understand if you end up watching the whole thing.)