She sets the bar pretty high. (Or is it low?) But is she the rankest?

Rosie is becoming a parody of rational thought.

She has ridiculous outbursts:

WE TAKE THE COUNTRY BACK #AMERICA https://t.co/ORb4Tdq6lM

She constantly criticizes the moral failings of others but has even alienated (and publicly scapegoated) her own daughter. (What kind of monster publicly shames their own kid? And for that matter, how is THAT being ‘pro-woman’?)

She’s a petty tyrant. See how she handled her own adopted daughter while the teen struggled with anxiety: 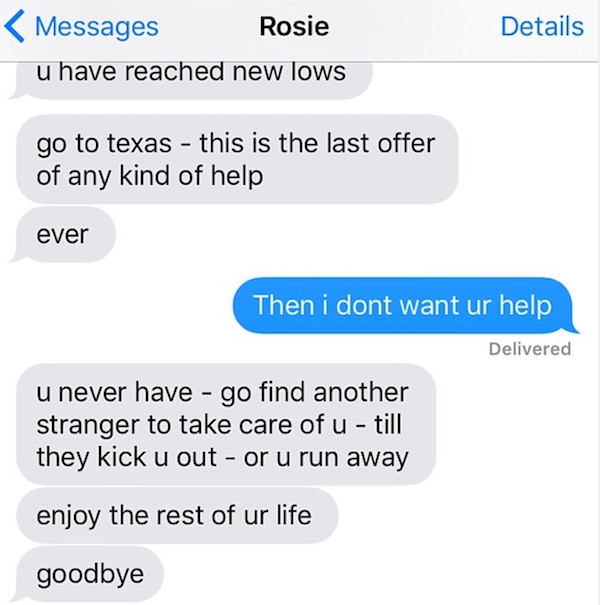 She’s reducing herself to a seething ball of hate.

Remember how she lamented that she’s menopausal? She wished she could weaponize her ‘flow’ against Pro-lifers.

If you’re looking for justification for ‘disgusting pig’ — read that last sentence again. Out Loud.

She uses bathroom-related expletives in publicly venting her Trump-derangement syndrome. And yet she was held up as a ‘victim’ by Hillary in the debates. (Hillary’s definition of victim needs a ‘reset‘.)

She even took aim at Barron! He’s a freaking ten-year-old!

When called out on it? She put Twitter on private until the storm had blown over. Then she doubled down.

She — with no hint of irony or self-awareness– called Trump mentally unstable.

So, Hollywood and New York Liberal ‘elites’ may comprise a wretched hive of scum and infamy. From that wretched cesspool, is Rosie the biggest, foulest turd of them all?

Is Rosie The RANKEST Liberal Celebrity In Hollywood?

If Rosie could stop being a victimized perpetual rage beast, we would ALL be better off for it.

Somebody do us all a favor and — PLEASE — put this book in her hands.