Which act do YOU think warrants a ‘Special Investigator’?

The Media (D) continues to shriek about ‘impeachment’ almost as much as Maxine Waters does.

But where were these folks for the last 8 years?

There were all of Barry’s scandals during his ‘scandal-free’ presidency.

(Barry was bragging about that just before he left office. Doesn’t that seem a little… strange in light of recent events?)

But if we had to pick one, the most glaring was the fiasco around the Benghazi attack and then-Secretary of State Hillary’s handling of it. 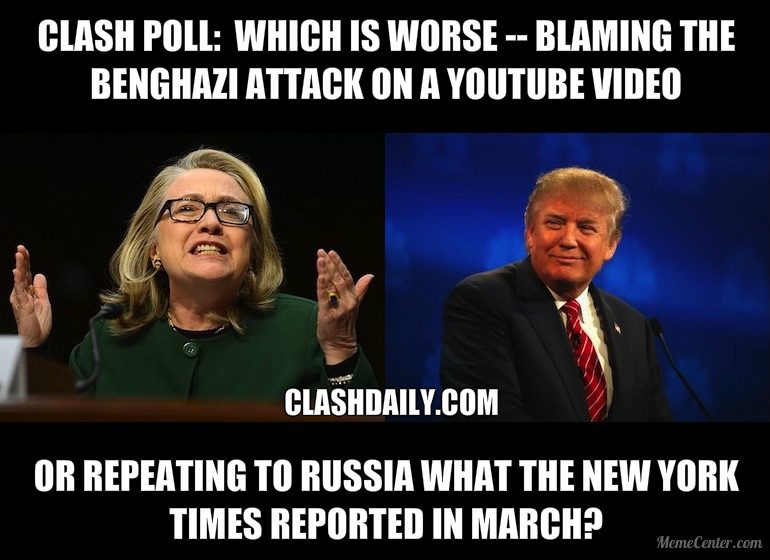 CLASH POLL: Which Is WORSE — Blaming A YouTube Video Or Repeating What Was In The New York Times?

What do you think of all of the ‘Trump-Russia’ talk?

Is it a coup attempt?

Is it a Leftist plan to discredit every Republican — both elected and unelected?

Is it ‘vindication’ for Hillary’s loss and the dismantling of the Obama Legacy?

What do you think of the tail-between-their-legs Republicans turning on President Trump?

Or is there some there there?

Let us know what you think of in the comments.