Seems like FBI Director James Comey has the ‘Sewage Touch’ — it’s like the Midas Touch, only everything turns to crap.

There’s the Hillary email scandal that ended with no charges.

And the investigation into Trump/Russia connections based on the fake ‘Golden Showers’ dossier.

Unlike the ongoing email investigation, the Media (D) is still hanging onto that one.

James Comey recently testified before Congress that he couldn’t do his job right because the Obama Justice Department was corrupt.

That was what rational people could see.

Suddenly after Bill Clinton had his famous private tarmac chat with Loretta Lynch, Hillary was off the hook.

Judge Andrew Napolitano has said that James Comey should be fired for not doing his job properly.

DEAR AMERICA: Do You TRUST James Comey Or ... Eh, Not So Much?

Hillary’s classified emails going to her private server then on to Anthony Weiner?

He’s not only managed to polish the turd of Hillary’s email scandal — he’s made it into gold. 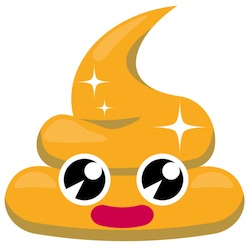 Maybe he does have the Midas Touch after all.