Is it just me or is Liberalism difficult to understand?

The phrase ‘Liberal logic’ seems to be an oxymoron.

Here’s a prime example — the constant shrieking about ‘Russian interference’ in the election, and how that’s so very, very bad.

However, if you cross over that southern border illegally, well, goshdarnit, you’d best be handed a ballot! 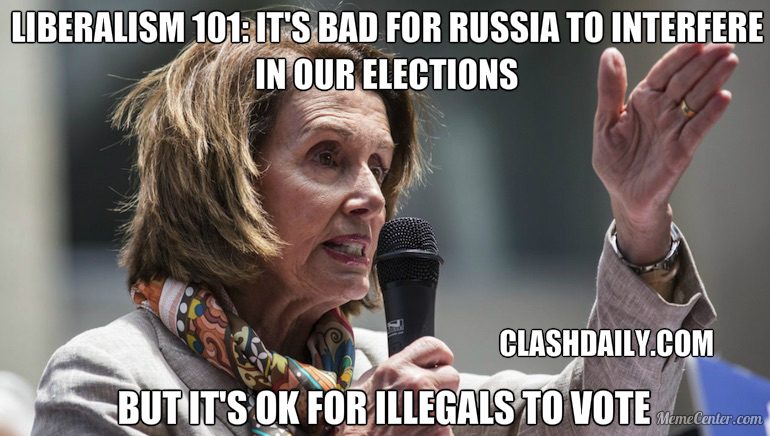 How is it that one foreign group voting illegally is bad and must be investigated, but another foreign entity doing the same is good and there should be no questions asked?

Maybe if the Leftists read this it would help them out…