Ready for some amusing liberal panic? Here you go: “Oh noes! Skwirt guns! Get them away!”

It’s that kind of post again. Yes indeed… you can refill your water bottle: 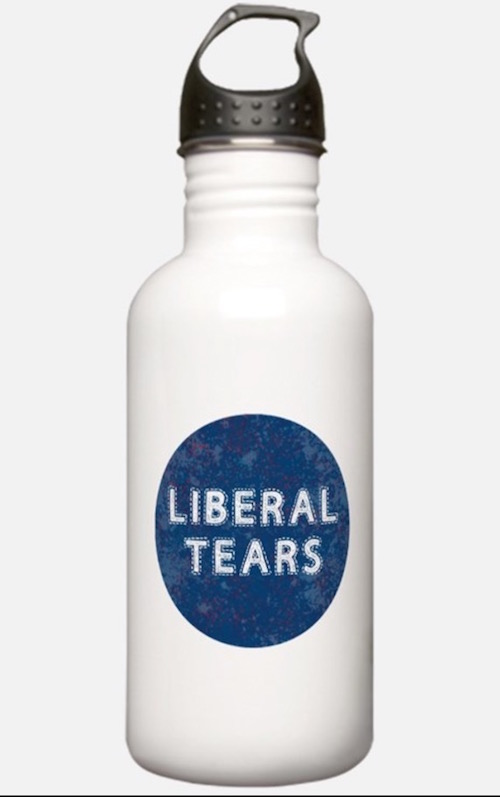 Every time we turn around, the Left is looking for ways to squeeze the fun out of something.

Jokes need to be screened now for offensiveness. Soda pop has legal maximum sizes. Everyone and everything has to bow the knee to the PC police these days.

And now, they’ve got squirt guns in their sights.

From one Liberal blog:

My mom was pretty relaxed during our childhood and only had a few nonnegotiable, never ever going to change, concrete rules. Her biggest: no water guns.

This water gun ban had nothing to do with water shooting toys in general (though with four kids running around it would’ve made sense that she didn’t want the water wars) and everything to do with her firm belief that guns are not toys. We still had all of the same Summer fun, but with water squirters that didn’t look like deadly weapons and never trivialized this important topic. We didn’t make childhood memories with an object inspired by something that kills kids daily.

We didn’t have a gun in our home, but I think my mom’s passionate stance on water guns is even more important for those who do. A gun is a serious and powerful object that can permanently destroy lives. The sooner people start taking this topic seriously, the safer our children will be.

Even if they’re colorful and super cool, kids shouldn’t be playing with water guns because it normalizes the real thing. Kids need to learn that guns aren’t toys. There’s nothing fun or playful about this serious topic and it doesn’t matter if it’s a water pistol or a semi-automatic rifle — a firearm isn’t a laughing matter.

These “toys” are also sending mixed messages and diluting the most important ones: guns are no joke. Guns aren’t innocent, even if they are “harmless” and in plastic form. These are weapons that can end lives, and as much as we want to teach our kids about gun control and safety, we contradict ourselves the second we allow them to run around with toy versions to shoot their friends.

All this hand-wringing to protect the innocence of children. It’s ‘no joke’.

Good grief. What a cry-baby.

If you have a ‘problem’ with guns, how about instead of lecturing about squirt guns, you speak up about the surge in inner-city crime — and some of the causes including, among other things absentee fathers, and addictions.

Or maybe, stop protesting the deportation of violent criminals.

Or maybe speak up about access to illegal guns, and demand answers for Fast And Furious. (Whoops. That was under Obama’s watch. What was it about Contempt of Congress and Eric Holder?) Or maybe speak up about why the VAST majority of murders are in very specific areas? And yet places with high legal gun ownership have very few incidences of murder?

Typical Liberal. More interested in having others conform to their view of the world than adapting to known facts.

Like the ones about guns NOT being the evil boogeyman Liberals claim they are.

Now that summer’s here, I know what I need to get for my kid. 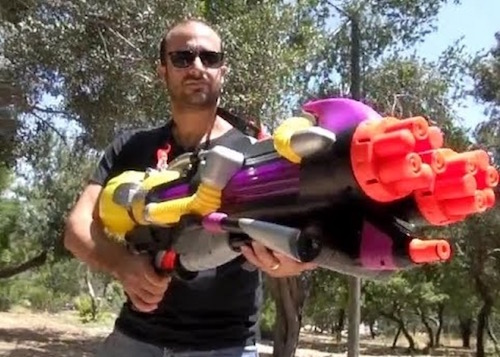 Then I can fill it with that water bottle. So refreshing.